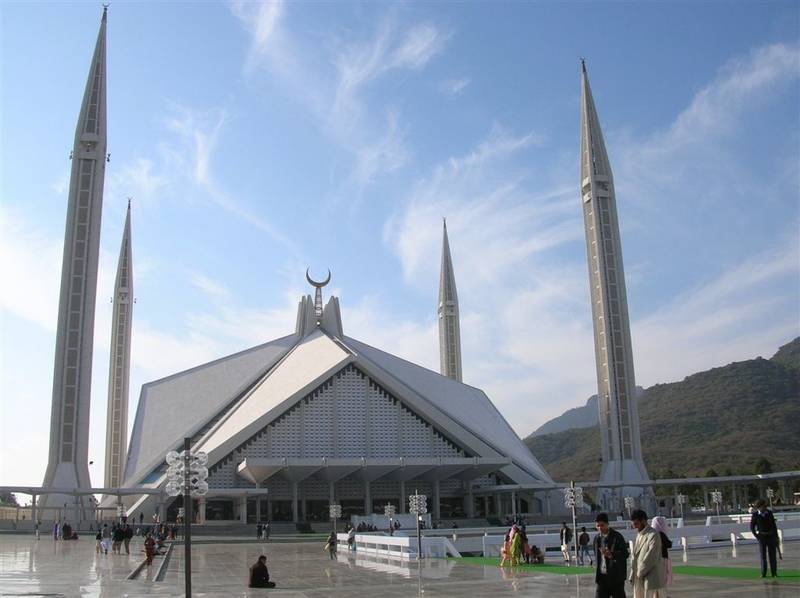 ISLAMABAD - The imam of Faisal Mosque Islamabad has been directed to abstain from speaking on political issues or even seeking Allah’s guidance for the rulers of the country during his Friday sermons.

The instructions were passed by the rector of the International Islamic University Islamabad (IIUI) following a complaint by an intelligence agency.

“I have advised the imam not to indulge in political issues as Faisal Mosque is for all Muslims irrespective of their political and religious affiliations,” Dr Masoom Yasinzai told Dawn.

He said he took the step after a complaint by a spy agency that the imam during his recent Friday sermon had sought Allah’s guidance for the rulers.

The rector also detailed about the university policy in the wake of a protest by the Federation of All-Pakistan Universities Staff Association (FAPUSA) against the IIUI administration for not allowing its representatives to hold an event in the university’s auditorium on Tuesday.

The rector said universities were meant for academic discussions and for holding an event at the auditorium the organisers should have taken prior permission.

"We have a committee, which receives applications and discusses the agenda of any event before giving the final approval. After scrutiny of the agenda and the speakers, the university gives permission for holding the events," the rector said.

"Suppose any speaker speaks against the government/HEC, the federation etc., it is difficult for the university administration to tackle the issue. That’s why we request all organisers to follow the proper procedure for getting permission for using the auditorium."

The FAPUSA said it would observe the black day on Wednesday (today) across the country.

According to the association, teachers wanted to hold an academic event to discuss various issues such as the post-18th constitutional amendment and higher education scenario in the country and academic and administrative reforms in the higher education sector.

In the light of the 18th amendment, major components of the Higher Education Commission (HEC) should have been devolved to provinces. However, because of legal and technical issues, the matter has been pending for several years.

The FAPUSA wanted to highlight the issue on Tuesday through an event for which they were denied permission.

"Barring the teachers from discussing academic issues on campus is an injustice. Universities are meant for discussions," it said in a  statement.

The president of FAPUSA Dr Kaleemullah Bareach claimed that the Academic Staff Association of the IIUI had taken permission for holding the event but when the teachers reached there they found the doors of the auditorium locked.

He maintained that the HEC issue was not the core agenda of event but the teachers were also to discuss the issue of unemployed PhD scholars, but the administration issued gag orders.