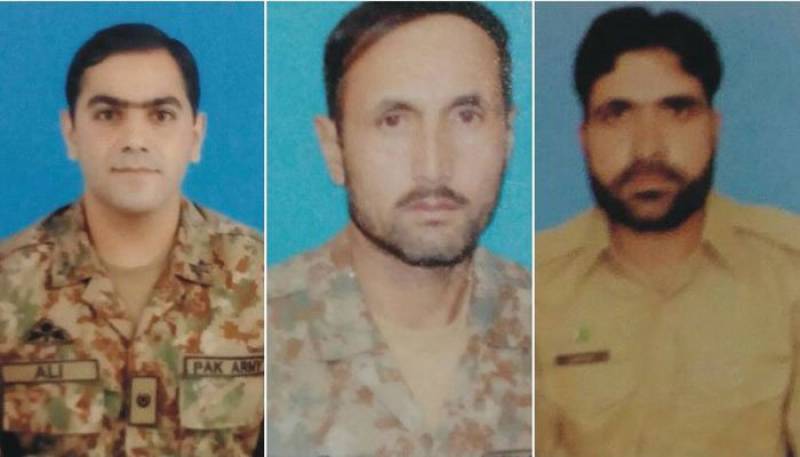 DIR - At least five security officials and six others were injured during an operation against terrorists in Lower Dir, local media reported.

According to reports, intelligence agency's Major Ali Usman conducted a military operation following a tip off along with his team against terrorist last night in Timergara area of Lower Dir.

As the forces entered the terrorists' hideout, two suicide bombers blew themselves up, while another was killed during cross firing.

On February 22, Pakistan Army had launched 'Operation Radd-ul-Fasaad' across the country to root out terrorism without any discrimination.