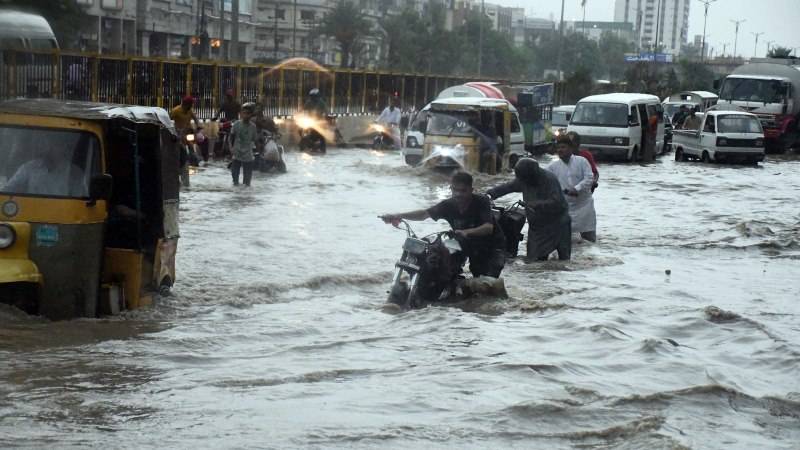 Troops with boats rushed to a flood-affected district in the country's southern Sindh province on Sunday to evacuate people to safer places.

Huge respect for this Pak Army Officer who rescued an injured biker by carrying on his back.#SalutePakArmy#KarachiRain pic.twitter.com/oRPfCyVGJ7

According to Pakistan’s National Disaster Management Authority, 19 people were killed in rain-related incidents in northwestern Khyber Pakhtunkhwa province, 12 in southern Sindh province, 8 in Punjab province, and 10 in the country's scenic northern Gilgit Baltistan region in the past three days.

Moreover, rains also partially damaged about 100 homes and caused a breach in a main flooded canal, inundating villages in Sindh.

In a statement, the military said troops used boats to rescue stranded people and move them to safer places.

Wth is wrong with city of lights!!! I am responsible nobody else #KarachiRain pic.twitter.com/qlL25v89sX

According to local media reports, at least eight people were killed in Baluchistan because of rains and flash flooding.

According to the Meteorological Department, heavy rains are expected to continue next week.

The fourth monsoon spell of the season is leaving Karachi and heading to Balochistan and other parts of Sindh. But the rain left havoc in its wake, the Met Office report added.