Domestic Operations are scheduled to begin from mid-December onwards 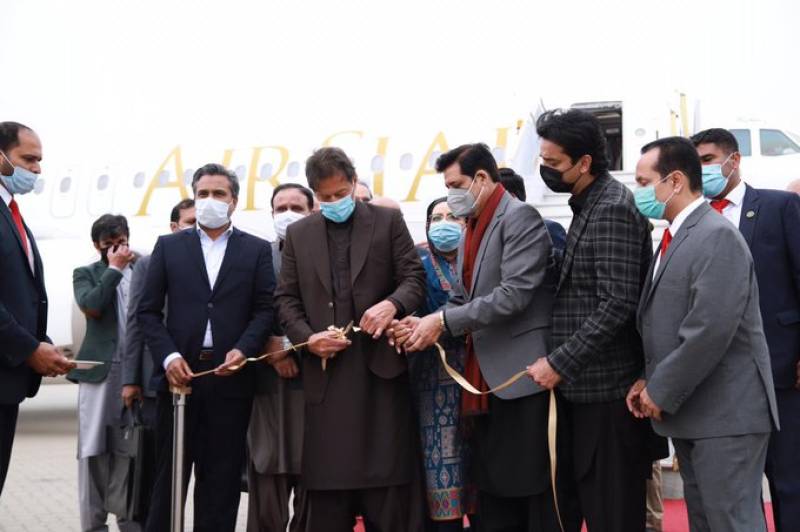 LAHORE – Prime Minister Imran Khan on Wednesday launched AirSial, the third private airline of Pakistan introduced and to be operated by the Sialkot’s business community.

“Air Sial will create competition for other Pakistani airlines,” said PM Imran at the inauguration. The premier said he is visiting Sialkot to meet its business community. "The inauguration of Air Sial is just an excuse [for the visit]," he added in his address.

The premier called Sialkot's business community the "most vibrant" one in the country.

"PIA will see that an airline is being run efficiently, on low funds and giving good service and this will put pressure on it to improve. Other airlines will also feel the pressure to be efficient," the premier said, adding that Pakistan will benefit.

Air Sial’s first flight via Airbus A320 landed at the Jinnah International Airport in Karachi from the United States last month.

The airline had to delay from June because of the COVID-19 pandemic and the subsequent restrictions on air travel.

With current fleet of three Airbus A320-200, the airline would operate flights to and from Sialkot, Islamabad, Karachi, Lahore and Peshawar. Domestic Operations are scheduled to begin from mid-December onwards, according to the airline.