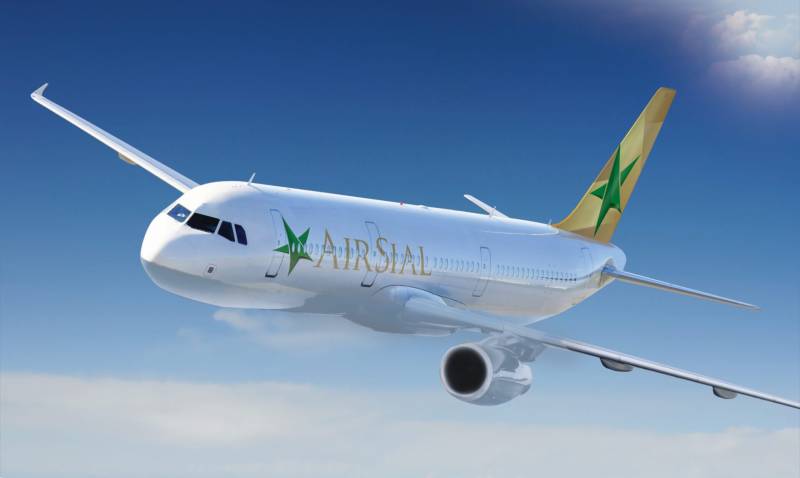 The aircraft took off from storage facilities at Phoenix Goodyear Airport for Karachi. With the A320’s range limitations, the plane had to make stops at airports in New Hampshire, Ireland, and Egypt.

Air Sial... a new beginning ✈️
Best of luck to their team. @Airbus #A320 pic.twitter.com/mAc8xoEepE

Former Pakistan Cricket Team Captain Shoaib Malik who belongs to Sialkot tweeted the video of the aircraft reaching Karachi, terming it a proud moment for everyone in Sialkot with #ProudSialkoti.

- Finally the much awaited #AirSial #A320 is here, it's a proud moment for everyone in Sialkot, who has been a part of the process... #ProudSialkoti ♥️ pic.twitter.com/3A4awYWzpU

AirSial is a Pakistani airline headquartered in Sialkot, Pakistan. It is owned by the Sialkot Chamber of Commerce & Industry to improve air travel to and from the Sialkot region, which is a major industrial city in the state of Punjab. The airline plans to initially serve domestic destinations within Pakistan from their main hub at Sialkot International Airport, using a fleet of Airbus A320 aircraft, and fly to other major airports within Pakistan and then back to Sialkot. AirSial plans to further expand to destinations within the Middle East at a later date.

Exclusive: First aircraft for new-Pakistani airline, Air Sial, is on it's way from Goodyear, Arizona to Karachi, Pakistan.

Flights will begin with routes between cities such as Karachi, Lahore, and Islamabad. The local airline also has plans to launch international operations at a later stage. It is said to be considering countries such as the UAE, Saudi Arabia, Qatar, Bahrain, and Malaysia.