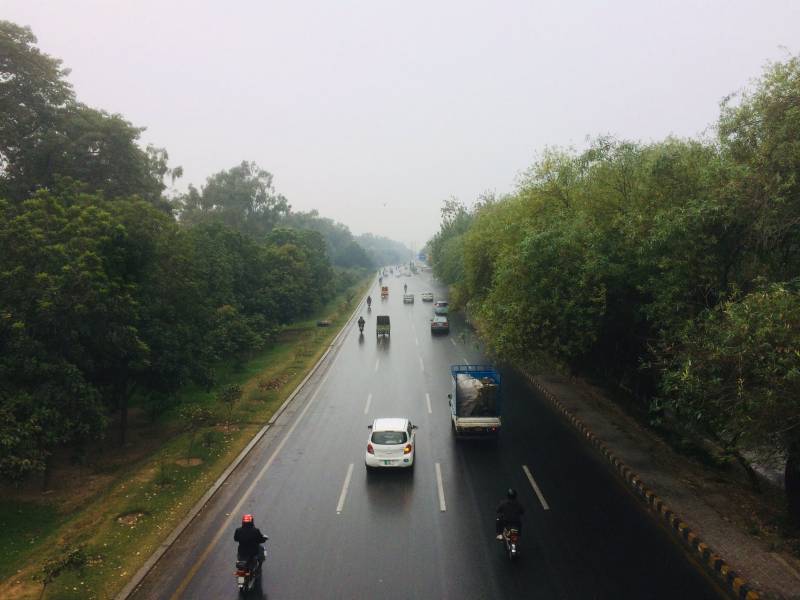 LAHORE – First rain of the ongoing winter season was received in Lahore and other parts of Pakistan's plains early Wednesday freshening up the atmosphere with pleasant weather and meteorological experts believed there would be more rain on Friday.

However, more rain is expected in most parts of the province including provincial capital during the next 24 hours.

According to synoptic situation, a deep westerly wave is present over the country which is likely to affect from Thursday and persist in upper parts till Saturday (morning).

According to Meteorological department, cold and dry weather is expected in most parts of the province. While, light rain is expected in Lahore, Gujranwala, Sialkot, Narowal and Sahiwal.

Maximum and minimum temperature was recorded in the city as 18 and 11 degrees celsius respectively on Wednesday.