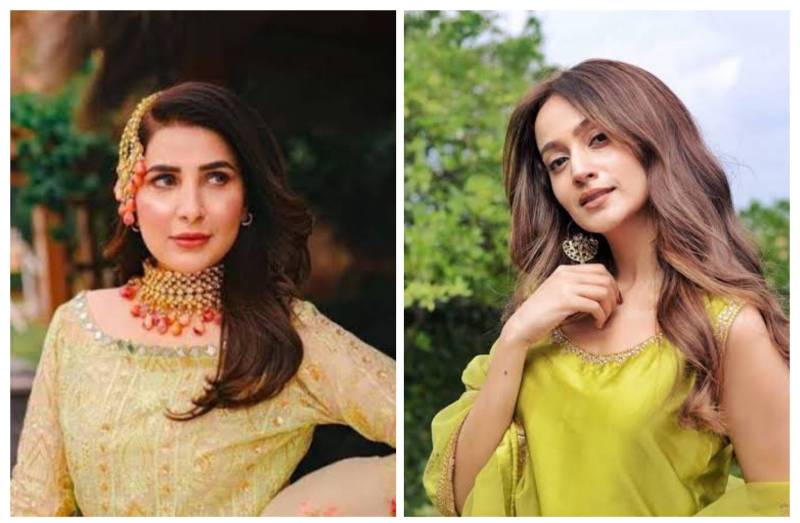 Lollywood diva's Areeba Habib and Zarnish Khan were recently spotted on the show “Time Out With Ahsan Khan” and as the beautiful ladies sat down for a little chit chat, they had some interesting revelation.

In a fiery and spontaneous rapid-fire round, the versatile host Ahsan Khan posed a question to the gorgeous ladies about their stance on item numbers in Pakistani films and both shared their stance in detail.

The Jalan star maintained that she dislikes the concept and the Pakistani audience is also against it so there is no need to putting item numbers considering good films are being made.

Giving the example of Mahira Khan's popular song Noori, Habib explained it's such a nice song and no need for item numbers.

The Ishq Zahe Naseeb star also clarified that local cinema does not require item numbers since it's not a selling point for us unlike films made outside Pakistan.

On the work front, Areeba Habib's is gearing up for her comeback on the small screen alongside Osama Tahir, Saboor Aly, and Syed Shafaat Ali. Khan will star in the upcoming drama serial Yeh Ishq Samajh Na Aye alongside Shahroz Sabzwari and Syeda Tuba Aamir.