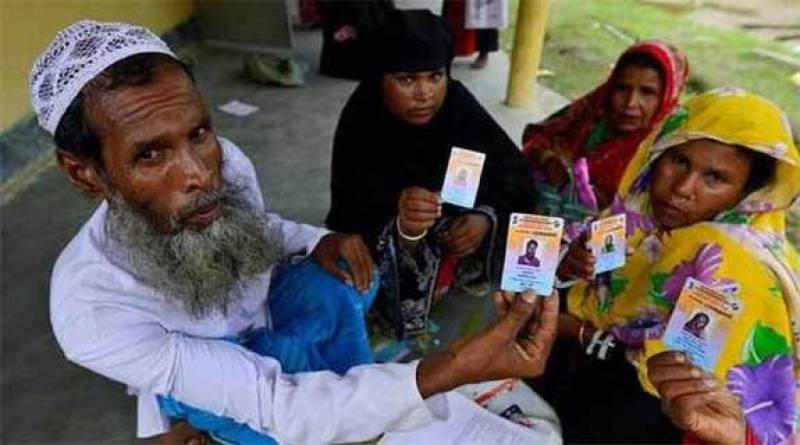 The controversial Citizenship (Amendment) Bill 2019 provides for conferring citizenship to Hindus, Jains, Christians, Sikhs, Buddhists and Parsis from Bangladesh, Pakistan and Afghanistan after six years of their stay in India instead of 12 years at present even if they do not possess any document.

Even though the opposition parties opposed the bill, India’s home minister Rajnath Singh maintained the bill was not against the provisions of the Constitution and would give succour to persecuted minorities in the three neighbouring countries.

Rejecting the opposition parties' contention that bill sought to discriminate people on the basis of religion, Singh said "anyone eligible under the provisions under the law will be accorded citizenship".

The Congress said many states have opposed the bill and it should be sent to a parliamentary select committee, the Deccan Chronicle reported. As the government did not heed to the demand, the Congress staged a walkout.

The bill now goes to the Rajya Sabha where the BJP-led National Democratic Alliance lacks majority. Since it is a constitution amendment bill, it requires the approval of both Lok Sabha and Rajya Sabha.

Opposition parties slammed the proposed law as divisive, saying citizenship cannot be granted on the basis of religion and the bill violates the constitution, as India is a secular country.

MUMBAI - India said on Monday it had excluded more than four million people from a draft National Register of Citizens ...

Protesters burned tyres and damaged two BJP offices in the northeastern state of Assam, and police said 700 were arrested. Protest leaders said the government bill would issue citizenship on the basis of religion, in violation of India’s secular constitution.

A third of Assam’s 32 million residents are Muslims, the second-highest number after Indian-administered Kashmir. Many of them are descendants of immigrants who settled under British rule.

India's 1.3 billion people are about 80 percent Hindu and 14 percent Muslim, with the rest made up of Christians, Sikhs and other minorities.

It is officially a secular nation, but the BJP has for years contested elections on a Hindu nationalist platform, with party members in the past being accused of making anti-Muslim statements to polarise Hindu voters.