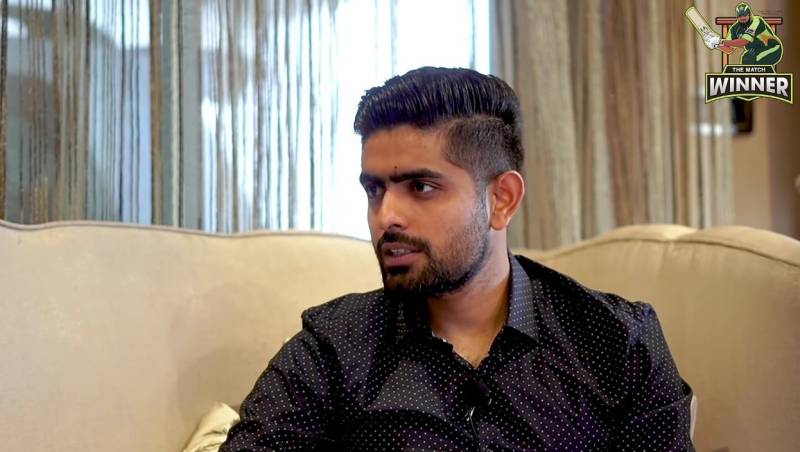 LAHORE – Pakistan skipper Babar Azam in a recent interview has shared some untold challenges he faced at the early stage of his cricket career.

Talking to former batsman Inzamam ul Haq, he recalled the days when he was selected for under-15 cricket and he needed sports shoes.

The right-arm batter told he had asked one of his cousins to lend him a pair of joggers if he had but he refused, saying: "No, we don't have".

“I was disappointed but it made me realise that I should not have been asked for the favour,” Azam said, adding that the incident taught him to be able to get everything on his own. The cricketer however, did not reveal the name of the cousin.

Babar Azam About His Cousins During His Tough Times While Talking To Inzamam-Ul-Haq 😘👑😍
.#Cricket #BabarAzam pic.twitter.com/IbtUQnmDiB

“At that time, I decided that if I want to acquire anything, I have to earn it myself,” he shared.

Following the interview, father of the star cricketer, Azam Siddiqi, clarified what his son actually wanted to say.

Taking to Instagram, he said that Babar’s statement about lending shoes from cousin is being made viral for nothing.

"A child would have asked for [the sports shoes] and the other might not have them or he refused giving [for whatever reasons], it is not a big deal," he wrote.

However, he endorsed Babar’s statement about self-respect.

He said that Babar has numerous sponsors but he has never ordered anything extra for himself, his brothers or other relatives.