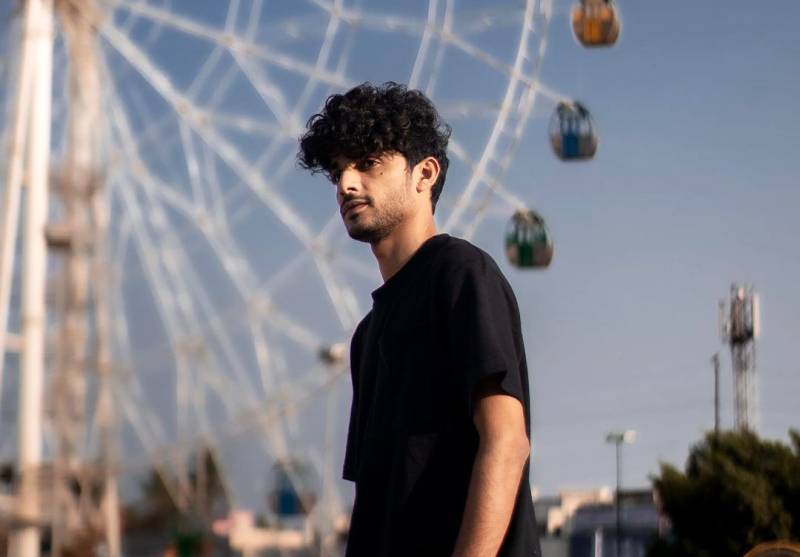 Karachi Eat, the iconic food festival held in the country’s largest city, is making headlines in wake of alleged harassment meted out to female attendees.

Amid reports of disgraceful incidents, Twitterati shared a clip from the event, claiming that rising sensation in the Pakistani music industry Kaifi Khalil suffered injuries after he got hit by a bottle.

Sharing a clip of the incident, a social media user claimed that the Kahani Suno singer was even bleeding after the crowd hit him with a water bottle.

The clip coupled with other threads on social media revealing the harassment incident, prompting Kaifi’s reaction.

Commending love and support, the singer penned a detailed note and clarified that he was not injured.

“I would just like to clarify the fake news that's circulating about me getting injured during my performance at the Karachi Eat event yesterday, which is not true,” he said.

Thanking everyone for being concerned about his health, the singing sensation expressed displeasure in wake of a harassment incident with females who came to enjoy the evening with their family. They were treated inaptly by a group of individuals who lacked decency and common sense, Kaifi wrote.

The note further reads that the event was cancelled mid-performance because Kaifi could not continue with what was going on.

Hello everyone thank you for your pure love and support. kindly Read this and share. pic.twitter.com/QWLseK2EbN

The singer added that this wasn't the first time he had experienced such incidents at an event he was performing at. He called it disgusting and unacceptable, saying he is not sure why this keeps occurring but it needs to stop.

How can I perform when this happens? He asked urging everyone to be mindful of each other and treat everyone with respect.

It was reported that other artists including Young Stunners did not perform after Khalil's performance was cancelled halfway.