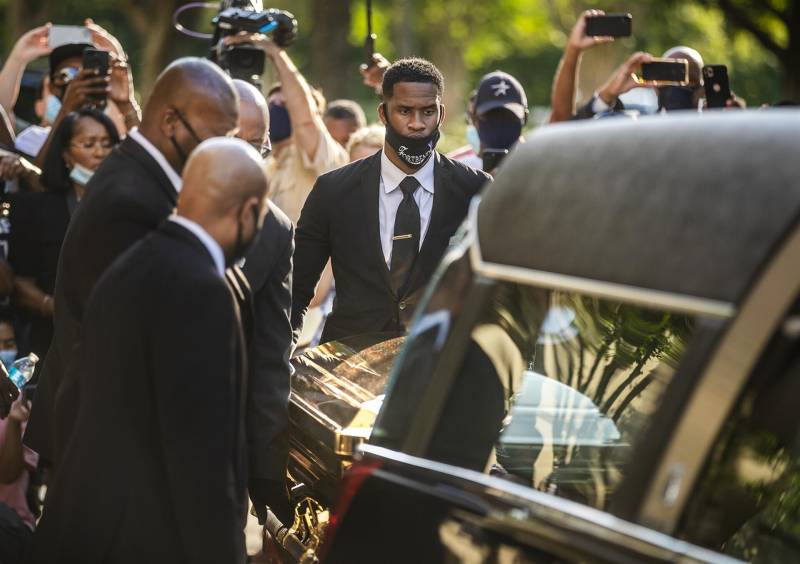 Houston - George Floyd's funeral will be held in his native Houston today (Tuesday) after mourners paid their respects to the African American whose death in custody ignited global protests against police brutality and racism.

Thousands of well-wishers filed past Floyd's coffin in a public viewing Monday as a court set bail at $1 million for the white officer charged with his murder last month in Minneapolis.

Many made the sign of the cross as they approached the open casket to say a last goodbye, while others took a knee or bowed their heads in silent prayer for a man who has become emblematic of America's latest reckoning with racial injustice.

The six-hour viewing at The Fountain of Praise church -- which drew more than 6,000 people, organizers said -- was the final stage in a series of ceremonies paying tribute to Floyd before he is laid to rest next to his mother in his hometown.