“Dagh Dagh Ujala” performed at US Consulate in Lahore 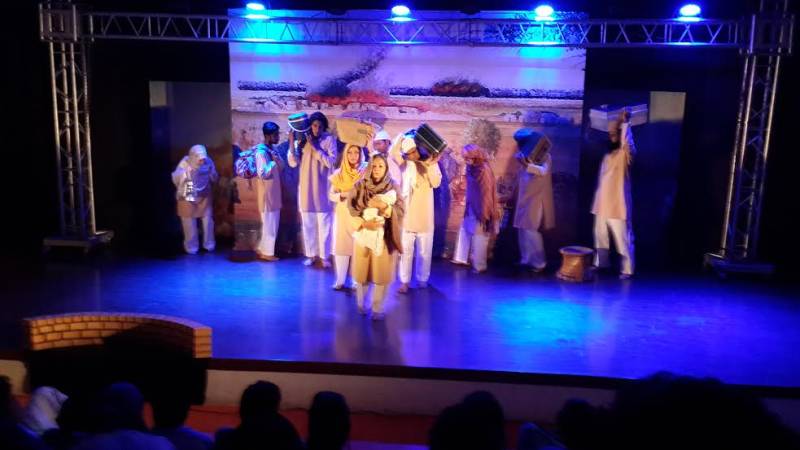 LAHORE (Web Desk) – “Dagh Dagh Ujala”, a theatrical production based on the interviews of the Pakistanis who lived through the independence of Pakistan in 1947, was presented with the collaboration of U.S. Consulate General, Theater Wallay of Pakistan and Ithaca College of New York on Saturday in Lahore.

The production is part of the five-phase Voices of Partition project. During the first phase, Theater Wallay staff members facilitated in workshops to train in proper techniques for collecting stories, analyzing them, and then writing and performing monologues based on the stories and interviews.

In the second phase, Theater Wallay staff members worked with various universities to share their knowledge and training experience with students and to begin conducting interviews of people who experienced partition firsthand.

The third phase involved Theater Wallay staff members reviewing and analyzing the narratives compiled during the interview process to produce the script for “DaghDaghUjala.” After performances in Pakistan, the Theater Wallay team will travel to the United States to perform at Ithaca College of New York.

A sub-project of Voices of Partition entails the production of a documentary covering all stages.

As part of its program in Lahore, Theater Wallay facilitated a series of interactive workshops at the National College of Arts in April.

The United States sponsored Voices of Partition to develop critical thinking skills and technical expertise for university students and the performance arts industry. By cataloguing this critical period of Pakistani and world history, the project preserves the lessons of the past for generations to come.

It also promotes the role of the performing arts in Pakistani culture and society. The addition of performances by a Pakistan theater troupe in the United States means that Americans will see a positive example of the talents present in Pakistani society while learning more about Pakistan’s history and culture.

Fizza Hasan, Director of Theater Wallay remarked, “The journey of this project has been emotionally trying, and yet extremely fulfilling at the same time. We have found ourselves listening to people in a way we have never done before.”

The U.S. government invests more than $30 million each year in grant programs that promote the visual and performing arts, women’s empowerment, and entrepreneurship.