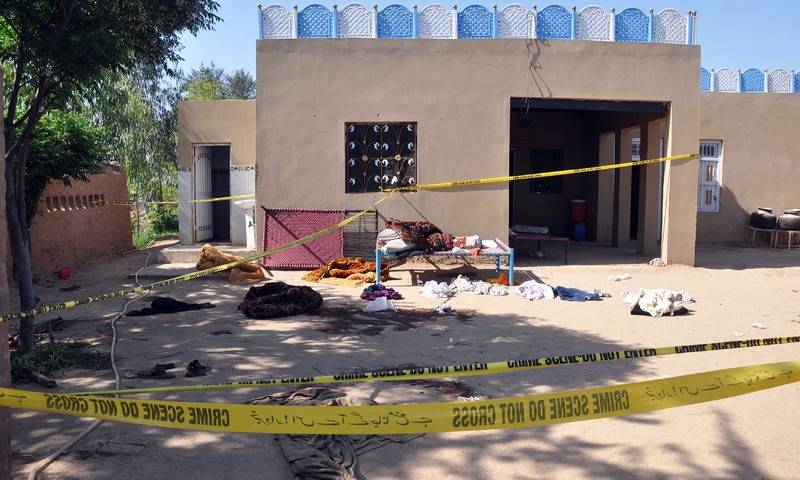 RAWALPINDI - The main accused Abdul Waheed in the killing of 20 disciples at a shrine in Sargodha has retracted his confessional statement and said the disciples had killed each other.

On April 2, 20 people were found killed at the Chak 95 NB shrine. As soon as the harrowing incident came to light, police arrested four people, one of whom, the custodian Abdul Waheed confessed to killing his devotees by using a dagger and sticks.

Sargodha Deputy Commissioner Liaquat Ali Chatta had also confirmed that Waheed was the main accused. Speaking to Geo News, Chatta said Waheed and his accomplices first intoxicated the disciples then tortured them with machetes and batons, eventually killing them.

The DC added he believed Abdul Waheed suffers from a 'critical mental disorder'.

However, Waheed retracted his statement and deflected the blame on the disciples.

Another accomplice in the case, Tauqeer, appealed to the district and sessions court judge for protection on Monday, saying that the disciples of Waheed could attack and kill him. He is reported to be the son-in-law of Deputy Superintendent of Police (DSP) Shabir.

According to Dawn news, some relatives of the deceased allege that the DSP and Tauqeer were pressurizing police to favour the accused.

On the other hand, the police said they were trying to get the DNA test of the accused at the earliest and the case challan would be submitted to the anti-terrorism court by May 15.

Earlier, a police officer, seeking anonymity, said no one from the deceased people’s families or the vicinity of the shrine was ready to become a complainant in the case