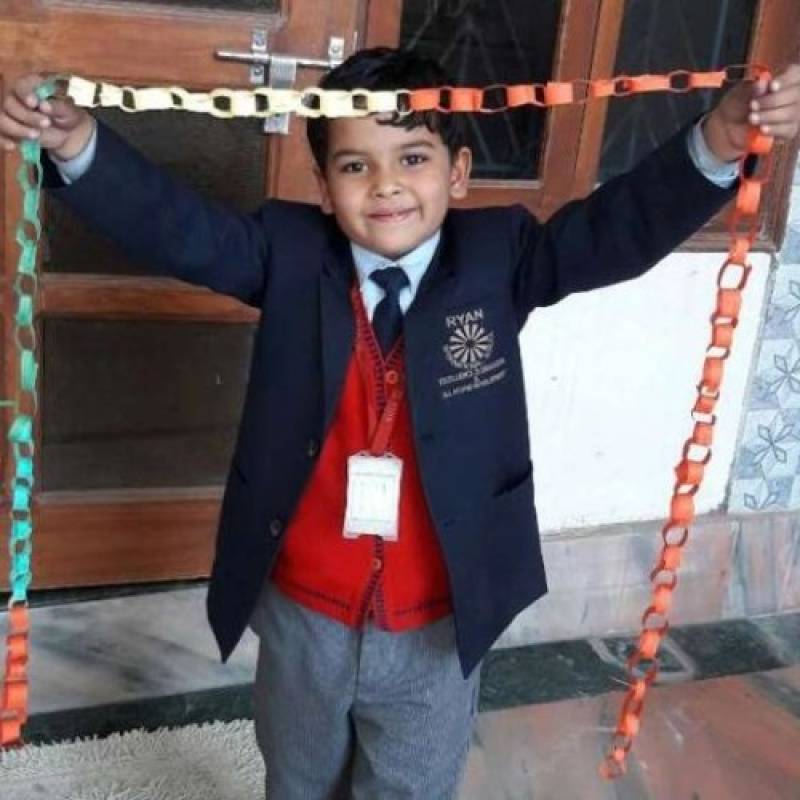 NEW DELHI - An Indian teenager was arrested on Wednesday for allegedly slitting the throat of a seven-year-old in a bid to get his exams postponed, federal investigators said.

The 16-year-old, who's identity is concealed for legal injunctions, is accused of killing his young schoolmate, Pradyuman Thakur in September at a private school near Delhi in an attempt to delay an impending test and parent-teacher meeting.

As the murder was reported, Haryana police detained a bus conductor claiming he killed the boy after the he resisted a sex attack. But a spokesman for federal investigators shocked everyone by confirming that they had credible evidence against the “academically weak teenager, whose motive was to postpone the examination and a forthcoming parent-teacher meeting”.

The spokesman R.K. Gaur maintained that the murdered admitted during questioning that he wanted to shut the Ryan International School in Gurgaon to defer the exams and meeting adding that the teenager would be sent to a juvenile detention centre until his trial for murder, he added.

On the other hand, the detained student's father told news agency ANI that his boy was innocent adding that  his son had, in fact, alerted teachers at that Pradyuman had been attacked.

Police sources said that the bus conductor would also remain in custody until the court absolves him of charges.