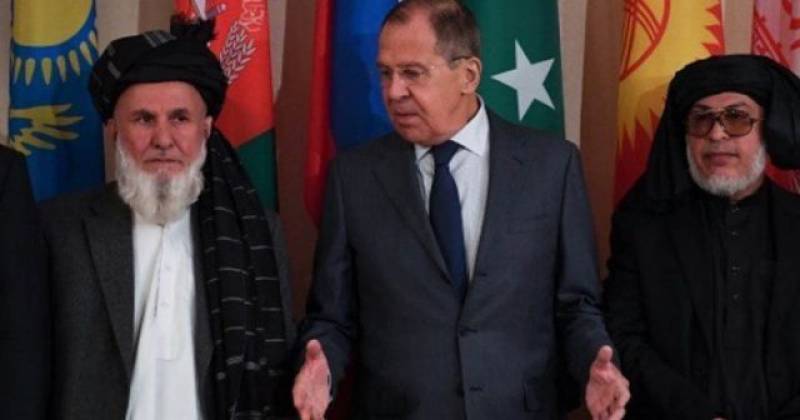 ISLAMABAD - Pakistan joined other regional countries in Russia on Friday for consultations on Afghanistan as part of diplomatic efforts to press for political solution to the Afghan conflict, the foreign ministry said on Friday.

Senior diplomats from Pakistan, India, Iran, China, the United States and some other regional countries attended the Moscow format consultations.

Additional Secretary (Afghanistan and West Asia) led the Pakistani delegation in Moscow Format meeting on Afghanistan where delegations of both the Taliban Qatar office and Afghan government-sponsored High Peace Council participated together for the first time.

Additinal Secretary (Afghanistan and West Asia) leads Pakistan delegation in Moscow Format meeting on Afghanistan held today where delegations of both the Taliban Qatar office and Afghan HPC participated together for the first time. pic.twitter.com/hOl8IW0vsc

Hoping the meeting would contribute to developing regional consensus in support of Afghan peace process, Faisal said Pakistan has always maintained that the most viable solution to the conflict in Afghanistan is the Afghan-led, Afghan-owned peace process.

The Moscow format consultations were earlier scheduled for Sept. 4, but were postponed after the Afghan government refused to attend on the plea that all meetings on Afghanistan should be Afghan-led. The United States had also announced to stay away from the September meeting.

Russia launched the Moscow format consultations in 2017 as part of its diplomatic efforts to press for political solution to the Afghan problem.