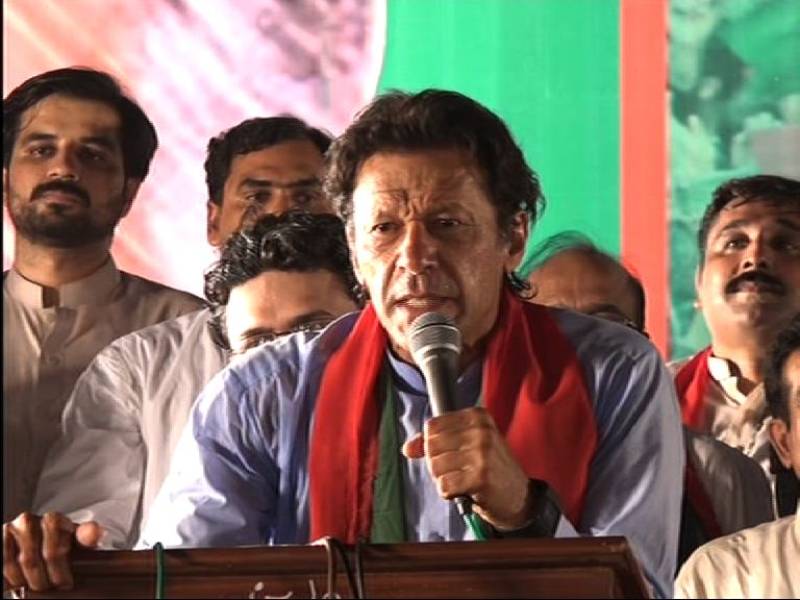 He was addressing to large political gathering on last day of campaign for NA-122 re-election in Lahore, TheNewsTribe.com reported.

While addressing the gathering, Imran Khan said “I am referring to Nawaz Sharif, you’ve no option choosing a better Darbari to hide behind, if you have courage Nawaz Sharif, come & talk to me yourself than these coward Darbari’s.”

He said if the going gets tough, he will not flee to Jeddah, rather fight in the country.

He said Nawaz Sharif has gathered a group of coward ‘Darbaris’ who have no courage to ask their ‘corrupt’ leader about his out of the country wealth.

“Do PMLN members have the courage to ask Nawaz Sharif he rules Pakistan; keeps his assets abroad,” he said.

Imran said PMLN thought it would be an easy win for them but they didn’t know PTI has a secret weapon.

“In Lahore, they are acting like MQM in Punjab. They murdered people fearing their defeat,” he claimed. “I’ve seen in the eyes of people during campaign they want change.”

He requested people of Lahore to do their best efforts to stop rigging.

“I know in my heart Insha’Allah decision will be in favor of Aleem Khan, ” he added.