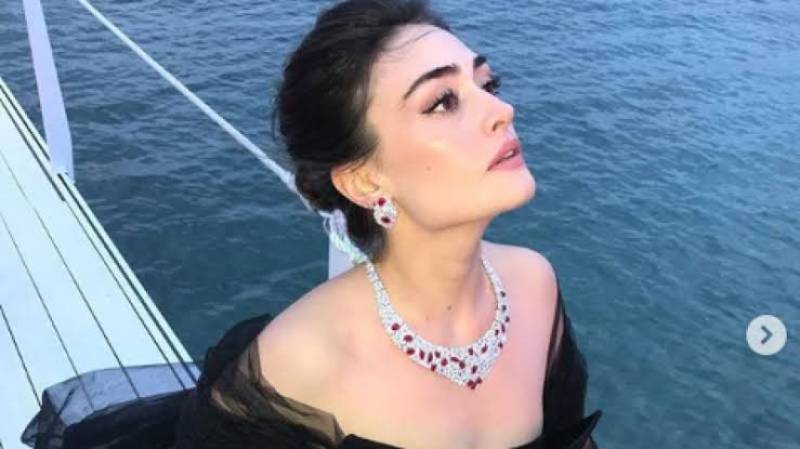 Pakistani fans are smitten with the entire cast of Dirilis Ertugrul, especially Bilgic. Not only has she won the hearts of the masses in Pakistan, but also brands.

After shooting for a magazine cover and becoming the brand ambassador of a mobile network company, Turkish star Esra Bilgic recently announced her collaboration with one of Pakistan’s biggest lawn brands.

Taking to Instagram, the Turkish star posted a beautiful picture of herself to reveal that she is set to represent Khaadi’s upcoming collection.

“On set with my Khaadi,” read the caption of the post.

However, not everyone is happy with idea of Turkish actors partnering up with Pakistani brands and rightfully so.

Recently, a Pakistani photographer, Natasha Zubair, revealed on Instagram that Bilgiç, aka Halima Sultan from Ertugurl, refused to work with Pakistani makeup artists and photographers.

Natasha shared how disheartening it is to see Pakistani labels invest in foreign stars that have zero respect for them.

“She refused to work with Pakistani makeup artists and photographers…but is still wearing our clothes and we are still paying her the amount we must be paying her,” said Zubair.

She further added, “I don’t blame her man, I blame us. For being so brainwashed that white and foreign is always the way to go EVEN if you’re clearly being disrespected.”