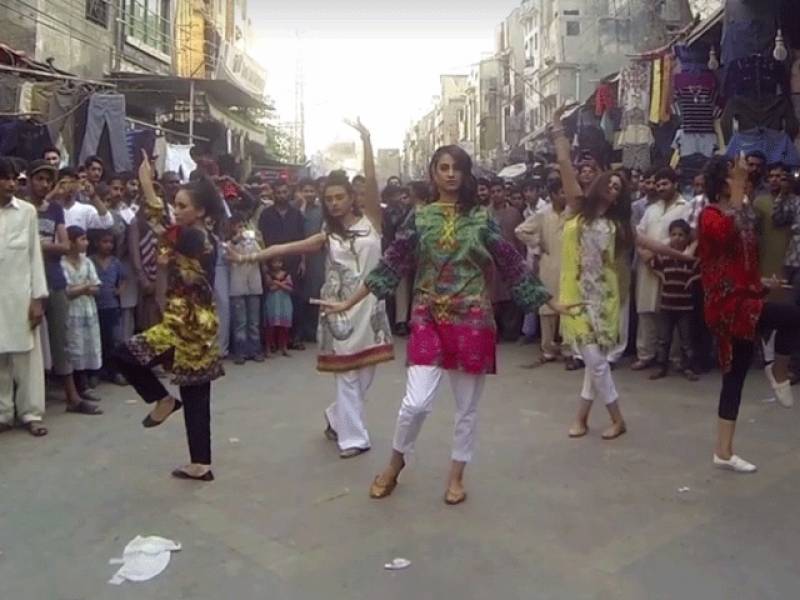 LAHORE - A viral video which showed a group of girls dancing in the Old Anarkali apparently "challenging the harassment of women at markets" has been removed from social media accounts of the distributor citing security concerns of the characters.

In a statement Do Your Own Thing (DYOT), the clothing brand which originally produced and published the video, said: "the safety & security of the girls who performed in these videos was threatened by cyber bullies...the internet crowd watched the video and wrote offensive statements, passed judgements and threatened girls."

Although the larger segment of the audience considered the video an attempt to highlight harassment of women at public places, the DYOT administration said the video was "not about women empowerment" and that they were "not promoting any cause."

Related - In A Country Afraid To Voice Their Opinions Except On Social Mediums, Young Girls Arise For Change In The Streets Of Anarkali

"Some family member of the girls initially liked the video but after internet crowd reaction, these parents have been correctly scared for the safety of their daughters who commute to their colleges daily," the statement further added.

The page also requested the people not to discuss the video or its contents: "We understand it didn't go well with many of you. But now that its taken off our page, it would be nice of you to move on from this conversation and give these girls some space."