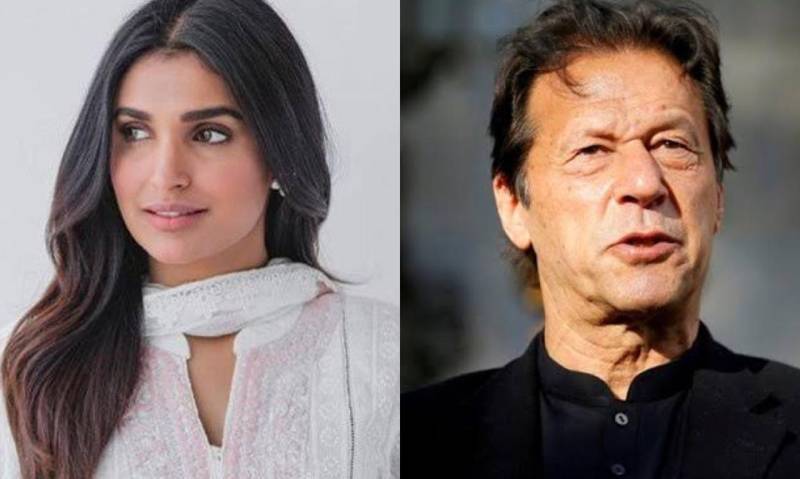 Prime Minister Imran Khan is currently under fire for his statement where he blamed vulgarity as the root cause of the increase in rape cases and sexual violence in Pakistan. Netizens and famous personalities have voiced their concerns and the latest to criticize him is actress and model Amna Ilyas.

PM Khan's views pinning the cause of increasing rape cases in the country on vulgarity were not taken well by the masses.

Taking to her Instagram, the 33-year-old supermodel called out the premier for his "insensitive" statements and pinpointed the issue. "Disappointed, hurt and heartbroken." she captioned.

"Please explain to cows, dogs, dolphins, cats and children about how they should not be vulgar. If you had focused even 50% on the law then there would have definitely been some major change," she said.

Further, the Baaji star did not shy away for her blatant words as she drew parallels with Indian PM Narendra Modi and former US president Donal Trump, who are known for their harsh ways.

"I thought you were not insensitive like Modi or Trump that's why I voted for you. After Jinnah and Bhutto you are the only prime minister that the country listens to. You told the countrymen to watch Ertugrul and they did. You told them to read a certain book and they did."

Prompting him to take back his statements, she said: "You like to retract your statements so please I request that you take back this statement otherwise, at least for me, from this day till my last you are not my prime minister."

Recently, Khan's ex-wife Jemima Goldsmith criticised him after he supposedly blamed women for their "inappropriate" dressing, musician Rohail Hyatt has stepped forward and is defending the premier's comments on rape and sexual violence.

Moreover, a statement was released by journalists, activists and lawyers condemning the premier’s remarks and accusing him of promoting rape culture.

The aftermath of PM Imran Khan's statement where he blamed vulgarity as the root cause of the increase in rape cases ...