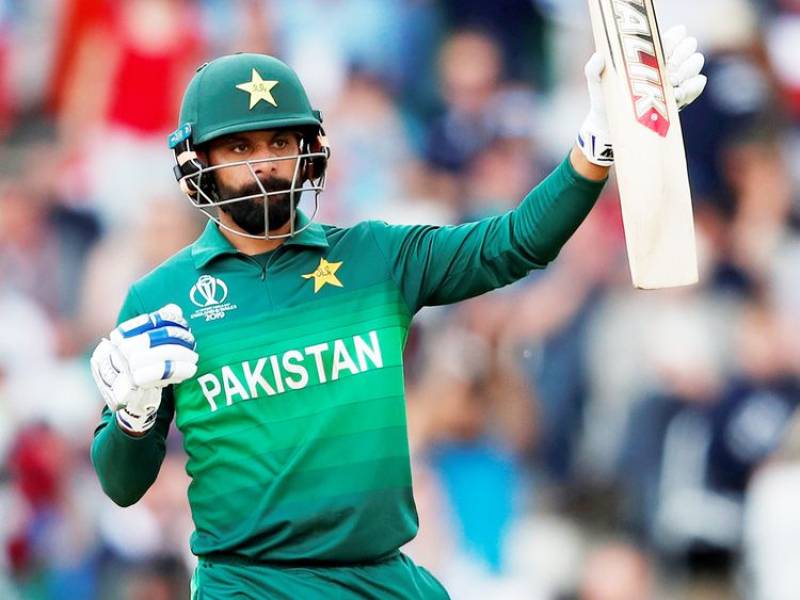 All-rounder Mohammad Hafeez has overtaken Shoaib Malik as Pakistan’s leading run-scorer in the shortest cricket format – the T20I – also becoming the second Pakistani player to play 100 T20Is for the country.

The start batsman was just 13 runs away to leapfrog Shoaib as Pakistan’s leading run-scorer in T20Is. He managed to achieve the feat in a T20I against South Africa where he made only 13 runs before he was sent to pavilion.

India's Virat Kohli leads the list of top-scorers in T20I with 3159 runs.

The 40-year-old is the sixth overall to feature in 100 T20Is as he takes the field against South Africa in first of the four men’s Twenty20 Internationals at the Wanderers Stadium in Johannesburg today.

He has joined the likes of Shoaib Malik, Rohit Sharma, Martin Guptill, Eoin Morgan and Ross Taylor. All the players have played more than 100 T20Is.

Hafeez featured in Pakistan’s first-ever T20I in August 2006 in Bristol and scored 46 in Pakistan’s five wickets victory over England. Interestingly, Hafeez’s 50th appearance was also at the Wanderers Stadium against South Africa in November 2013 when he as captain took two for 25 and scored 13 not out as the hosts beat Pakistan by four runs in a rain-shortened match.

Hafeez has represented Pakistan in five of the six ICC T20 World Cups since 2007, but missed the 2009 campaign in England, which Pakistan won under Younis Khan at Lord’s.

The first T20 of four-match series between Pakistan and South Africa is currently underway at Johannesburg.