Imad, Amir or Iftikhar? Who will be Daaghon ka Champion tonight! 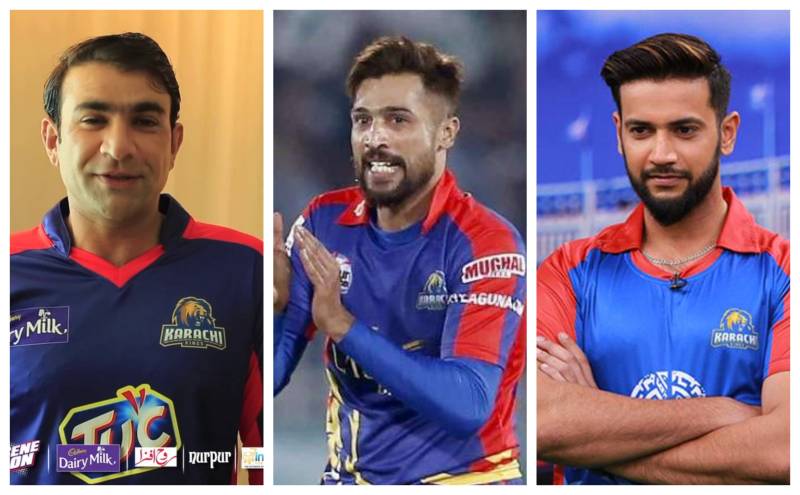 As the final clash of Pakistan Super League (PSL) 2020 between Karachi Kings and Lahore Qalandars takes place tonight at the National Stadium, there is another race going on for becoming the Daaghon ka Champion.

Hours before the grand finale, three ace players of Karachi Kings took to their social media platforms challenging each other as they vouched for the Surf Excel Daaghon ka Champion title.

Imad Wasim, Mohammad Amir and Iftikhar Ahmad have so far emerged as the most exciting players of the tournament, representing Karachi Kings.

Being the proud laundry partner of first time PSL finalist, Surf Excel will be awarding a special title of Daaghon ka Champion to that one Karachi Kings player who ends up staining his shirt the most in the quest to perform in the final match.

The Unilever brand, which stands for Dirt is Good, has always provided the people of Pakistan a peace of mind when it comes to dealing with nasty stains and dirt.

Let’s see who not just wins the game tonight but also this award by Surf Excel!

But, at the same time, we know that Surf Excel is our one-and-only #DaaghonKaChampion that anyone can truly rely on. As it says: “Agar champion bannay main Daagh lag jaen, tow Daaghon ka Champion tow Surf Excel hai!”

KARACHI - Since the last 72 hours, a peculiar stain had hijacked the media airwaves and Instagram feeds, remaining ...