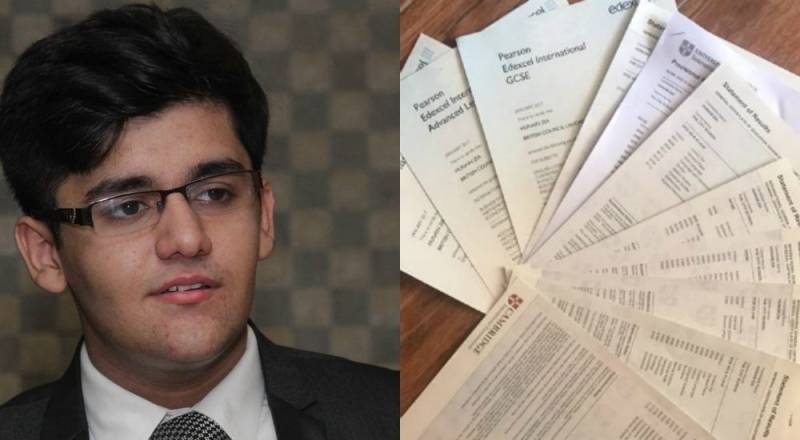 ISLAMABAD - A Pakistani student, Hunain Zia, has broken the current world record by securing a total of 66 As in his International General Certificate of Secondary Education (IGCSE).

Zia who hails from Multan announced his remarkable achievement on his Facebook page.

His subjects spanned both the humanities and sciences.

"In January, when I first uploaded my result of 42 A, people frequently asked me the reason I gave so many subjects.Today is maybe the best opportunity to cite the story that has never surfaced before. I was a normal student till last year with only 12 A and A Stars and a normal number of subjects ahead. On the 5 of April last year, however, I lost my best friend due to circumstances. It was a great shock and that left in me a feeling of not being capable enough."

According to his website, Zia has made several world records:

"I announce that within the next 4 years IA, we will start 4 major and 3 minor projects in Pakistan designed to help every stratum of the society. A free education and youth support are our two main aims," Zia announced.