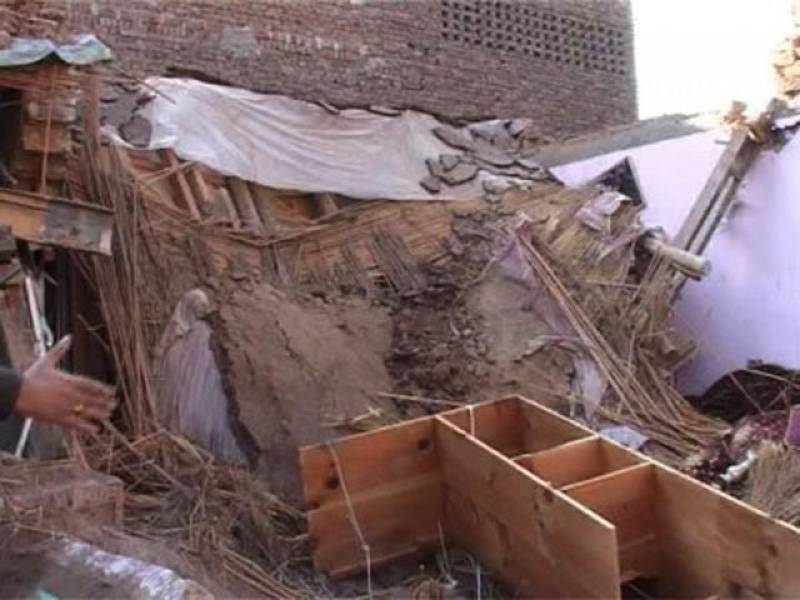 LAHORE - Three children were killed and one injured after the roof of a house collapsed on Thursday night on the outskirts of Kasur.

Rescues officials said the the roof collapsed due to the poor structural condition of the house. They added that the injured girl has been shifted to a hospital for medical treatment in critical condition.

The three deceased, who are siblings, have been identified as Naseem, Tahir and Maria.

Earlier, two children were killed, while five others were injured when the roof of a house - located in Ghauri Town of Islamabad - caved.

The rescue teams reached the site and shifted the dead bodies and injured to the nearby hospital. According to rescue officials, the incident happened due to heavy rain in the city.