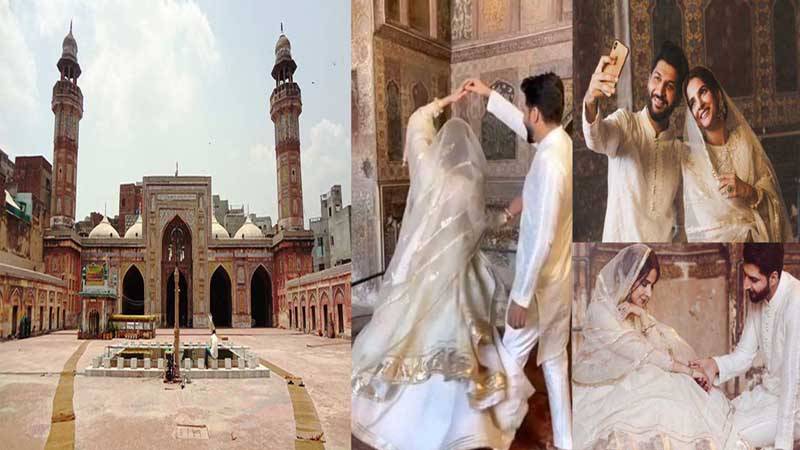 LAHORE - The govt of Punjab has suspended the manager of the Wazir Khan Mosque,  according to a notification issued on Sunday.

As per the notification, the Punjab Auqaf and Religious Affairs Department has suspended Ishtiaq Ahmed, after social media erupted in anger over singer Bilal Saeed and actress Saba Qamar shooting a music video inside the mosque premises.

The department has also initiated an inquiry that allowed the shooting to be carried out inside the mosque and where the mosque's administration was when the shoot took place.

LAHORE – Punjab Chief Minister Usman Buzdar has taken notice a day after a promotional clip from a latest music ...

The company behind the music video shooting, on the other hand, said it had requested prior permission, which was granted against payment of Rs30,000.

Meanwhile, Ahmed, the manager, told Geo News that no dance actually took place inside the mosque but that the video on social media was the wonder of post-shoot editing.

If you're famous, you need to be thick skinned. No one understands this better than our celebrities — just ask ...

However, the actress had responded to the criticism in a series of tweets and apologized to their fans.  Qamar said the clip was a prologue to the music video featuring a Nikah scene. "It was neither shot with any sort of playback music nor has it been edited to the music track," she said on Twitter.

Bilal Saeed also uploaded a lengthy apology on his Instagram account, saying both he and Qamar "realize what has happened over the past few days has hurt your sentiments deeply".