Another Muslim country agrees to normalise ties with Israel 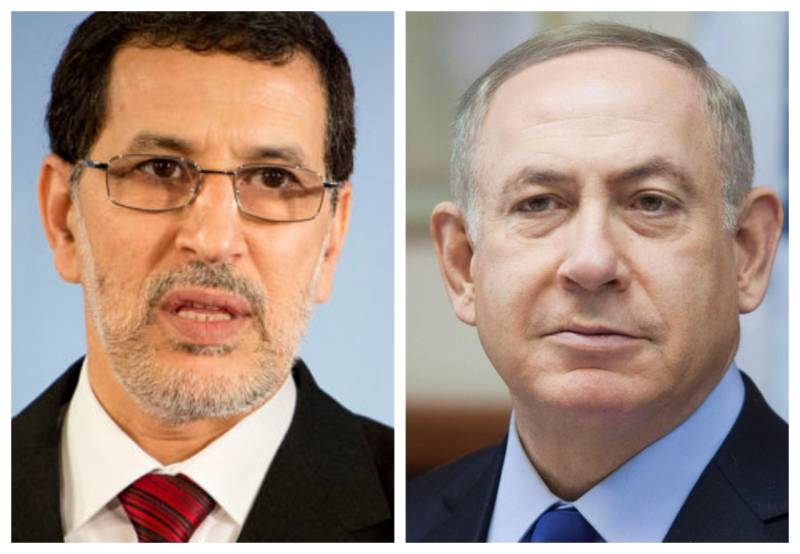 NEW YORK – Morocco and Israel have agreed to normalise bilateral relations, US President Donald Trump announced on Thursday in a tweet.

The deal was brokered with the help of the US, making Morocco fourth Arab state since August 2020 to return to normal with Israel, which has illegally occupied Palestine land.

Trump in a series of tweets said, “Another HISTORIC breakthrough today! Our two GREAT friends Israel and the Kingdom of Morocco have agreed to full diplomatic relations – a massive breakthrough for peace in the Middle East!”

Before Morocco, the other countries were the United Arab Emirates, Sudan and Bahrain which ended hostilities with Israel, developing diplomatic and business ties, and launching flights operation.

As part of the deal, the US president has recognized Moroccan sovereignty over the Western Sahara, a disputed region where Algeria-backed Polisario Front is steering a movement to establish an independent state in the territory.

“Morocco's serious, credible, and realistic autonomy proposal is the ONLY basis for a just and lasting solution for enduring peace and prosperity!” Trump said.

“Morocco recognized the United States in 1777.  It is thus fitting we recognize their sovereignty over the Western Sahara,” Trump added.

Palestinians have been criticizing Arab countries for abandoning a longstanding demand that Israel give up land for a Palestinian state before recognition.

Morocco, under the deal, will develop full diplomatic relations, grant permission for use of its airspace and also launch direct flights to and from Israel.

“They are going reopen their liaison offices in Rabat and Tel Aviv immediately with the intention to open embassies. And they are going to promote economic cooperation between Israeli and Moroccan companies,” White House senior adviser Jared Kushner told reporters.

Kushner further said it was an “inevitability” that Saudi Arabia, which has recently allowed Israel to use its airspace for flights to the UAE, will also recognise Israel.

Earlier this week, Prince Turki al-Faisal, a prominent figure of the royal family, severely criticised Israel on Sunday at a security summit in Bahrain that was attended online by Israel’s foreign minister Gabi Ashkenazi.

The 75-year-old prince, who led Saudi intelligence for more than two decades and served as ambassador to the United States and Britain, described Israel as a “Western colonising” power.

He said Israel has “incarcerated (Palestinians) in concentration camps under the flimsiest of security accusations — young and old, women and men, who are rotting there without recourse to justice. They are demolishing homes as they wish and they assassinate whomever they want.”