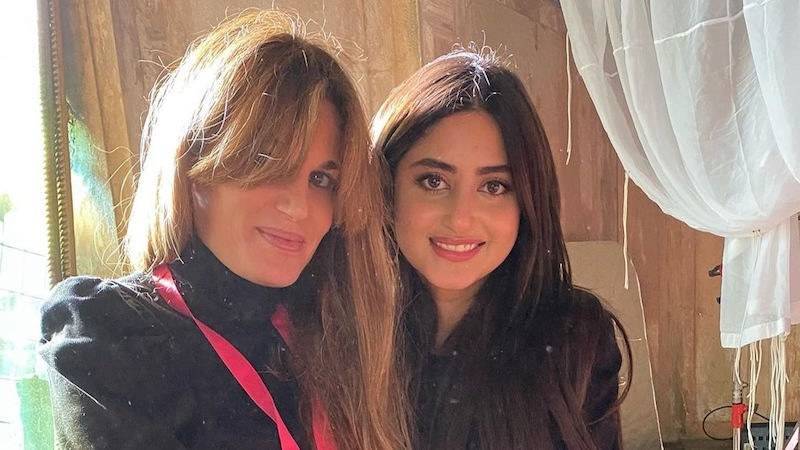 A teaser of Jemima Khan’s cross-cultural romantic comedy ‘What’s Love Got to Do with It’ has been released.

The first look of the movie, which was announced in November 2020 and is Jemima’s first project as a producer, will give you desi wedding vibes.

In Pakistan, ‘What’s Love Got to Do with It’ made headlines when reports emerged that Sajal Aly was going to play an important role in the film. These reports were confirmed when Sajal posted photos with Jemima from the sets of the movie.

The film stars Sajal, Shabana Azmi, Emma Thompson, Lily James and Shahzad Latif. ‘What’s Love Got to Do with It’ is being directed by Bollywood filmmaker Shekhar Kapur.

On Thursday, StudioCanal UK shared the first look of the film. It showed a man in a white kurta with a woman in what looks like a wedding.

How do you find lasting love in today’s world? 💕

A first look at What’s Love Got To Do With It - directed by @shekharkapur, written by @Jemima_Khan and starring Lily James, Shazad Latif and Emma Thompson. Coming to cinemas 2022! pic.twitter.com/4ufH90onKc

Earlier this week, Sajal shared a selfie from the sets of ‘What’s Love Got to Do with It’ too.

According to Shekhar, ‘What’s Love Got to Do with It’ is a story of identities.

“It’s about cultural clashes and it’s a comedy, but it’s about hiding behind an identity and how identities can become tribal, and how tribalism can lead to clashes and fundamentalism. It’s a rom-com, but based on this fundamental idea of people adopting identities out of fear of marginalisation,” he said in an interview last year.

In 2017, Sajal starred in the Bollywood thriller Mom, playing the late Sridevi’s daughter.