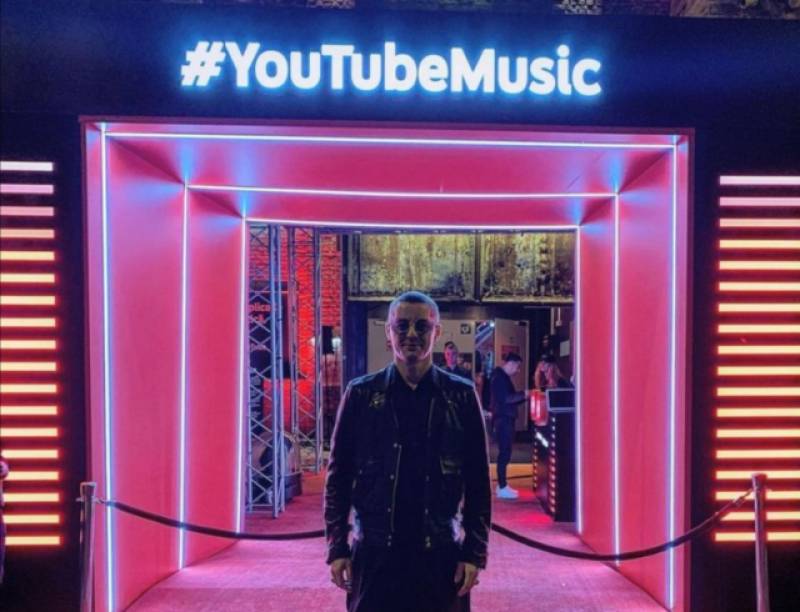 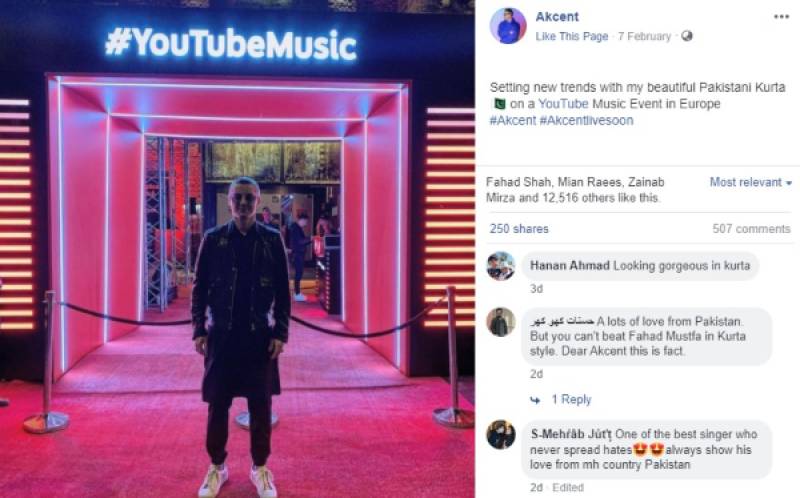 Romanian electro-pop sensation Adrian Sina and band Akcent has a lot of fans in Pakistan. From expressing his desire to work with actress Ayesha Omar to congratulating lieutenant general Asif Ghafoor, the 43-year-old has gained recognization in Pakistan.

The singer-songwriter was spotted wearing a black kurta with a straight pyjama at a YouTube Music Event, giving true desi vibes.

Sina confirmed that he was dressed up in a Pakistani kurta in a post on his Facebook handle,

“Setting new trends with my beautiful Pakistani kurta on a YouTube Music Event in Europe,”

Trying to set a new trend, Sina wearing the Pakistani garment was more of a style statement along with the fondness he has for the country.

Previously, in an Instagram session with a local outlet, he expressed his desire to work with actor and occasional singer Ayesha Omar. During the session, he was asked as to which Pakistani actor he would love to work with.