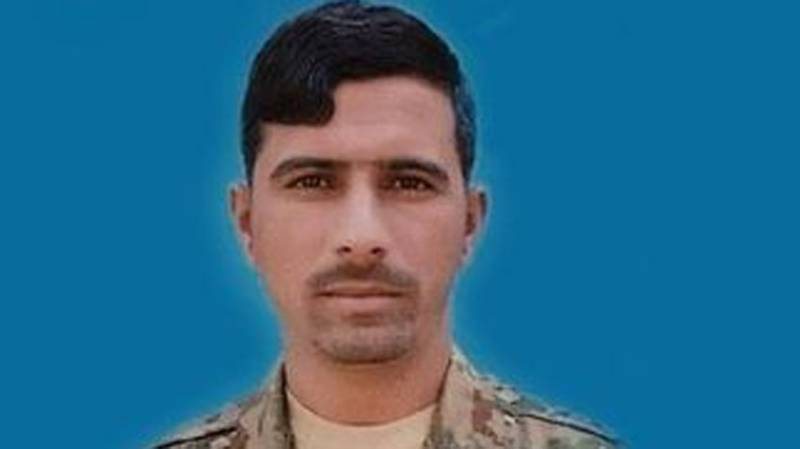 RAWALPINDI – Funeral prayers of of Sepoy Naseer, who was martyred in an operation in North Waziristan, were offered at his native town in Haripur on Sunday.

The martyred soldier was buried with full military honour.

Sepoy Naseer embraced shahadat during an intelligence based operation on terrorist hideout in Kani Roga, Doga Macha area of North Waziristan. Two terrorists were also killed in the operation.