"We must now prepare to exit the EU"; Britain rules out second Brexit referendum 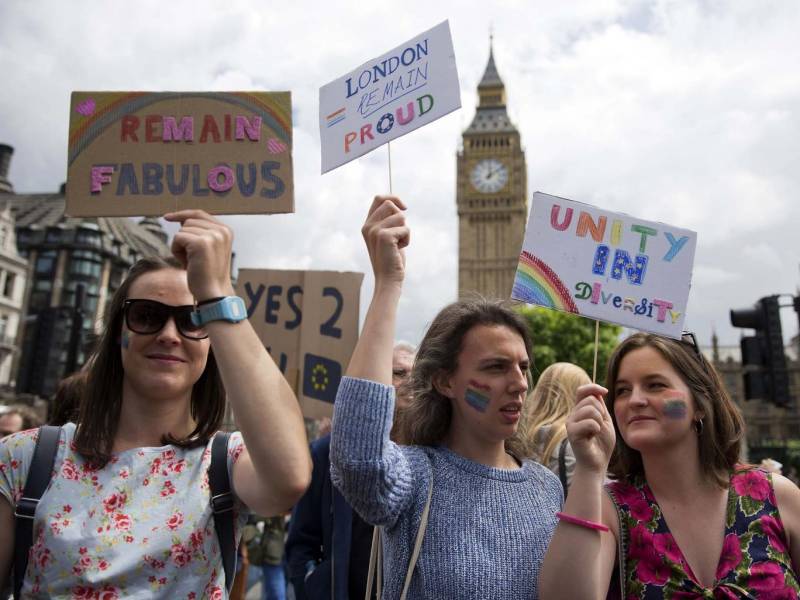 LONDON - The British government has rejected an online petition signed by over 4.1 million people calling for a new referendum on whether to leave the European Union after many days of uncertainty about the future of Britain on the continent and in the world.

The petition called for the government to hold another referendum if the vote for "remain" or "leave" was less than 60 percent, based on a turnout of less than 75 percent.

However, the British Foreign Office dismissed the call, saying "We must now prepare for the process to exit the EU."

The statement said: "The EU Referendum Act received Royal Assent in December 2015. The Act was scrutinized and debated in Parliament during its passage and agreed by both the House of Commons and the House of Lords. The Act set out the terms under which the referendum would take place, including provisions for setting the date, franchise and the question that would appear on the ballot paper. The Act did not set a threshold for the result or for minimum turnout."

The referendum was one of the biggest democratic exercises in British history with over 33 million people having their say."

"The Prime Minister and Government have been clear that this was a once-in-a-generation vote and, as the Prime Minister has said, the decision must be respected. We must now prepare for the process to exit the EU and the Government is committed to ensuring the best possible outcome for the British people in the negotiations," the statement concluded.

According to UK law, any petition that reaches over 100,000 signatures must be considered for debate in parliament. However, the decision to actually put the petition up for discussion is entirely up to the government and the parliament.