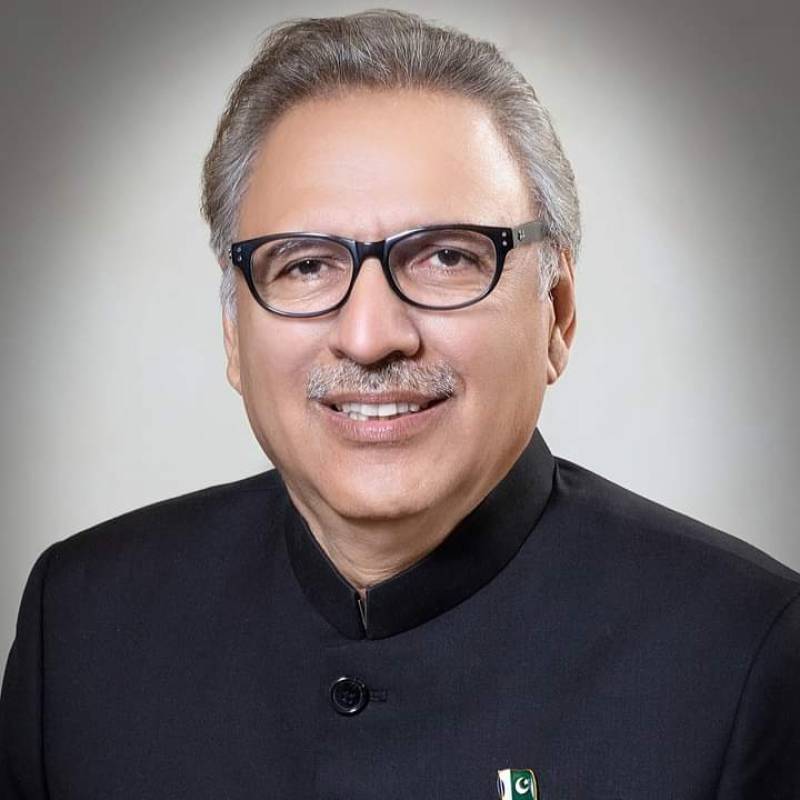 ISLAMABAD – President Dr Arif Alvi has felicitated the entire Pakistani nation and Muslims around the world the Islamic world on the occasion of Eidul Adha.

In a message, Alvi prayed to Allah Almighty to accept the prayers, Hajj and sacrifices of the Pakistani nation and the Muslim Ummah

"Eidul Adha reminds us of the submission and obedience of Hazrat Ibrahim (AS) and Hazrat Ismail (AS) before the command of Allah Almighty. When Allah Almighty subjected these great personalities to a test, both of them acted upon His command," the president said, adding that Allah Almighty was so pleased with their devotion that He made it an act of obligatory worship for the believers till the Day of Resurrection.

"The act of sacrifice reflects a believer's determination that he is ever ready for the greatest sacrifice in the name of Allah Almighty. The spirit of sacrifice carries a universal significance. No nation can prosper without inculcating a spirit of sacrifice. Sacrifice is not merely an act of animal slaughter, but its real goal is to sacrifice personal desires for accomplishing a higher purpose. This spirit of sacrifice grants such an ability to human beings that they keep following the righteous path despite the most trying circumstances," the message read.

On the occasion of Eid-ul-Azha, the entire Pakistani nation must reaffirm that instead of pursuing self-interest, greed, and avarice, we would inculcate the spirit of brotherhood, selflessness, love and empathy to help the needy and destitute around us so that we may emerge

Dr Alvi said, "As our dear country faces economic challenges, there is a dire need to effectively utilize this spirit of sacrifice. On the occasion of Eid, the entire Pakistani nation must reaffirm that instead of pursuing self-interest, greed, and avarice, we will inculcate the spirit of brotherhood, selflessness, love and empathy to help the needy and destitute around us so that we may emerge as a strong nation in these testing times. May Allah Almighty be with us all. Amen!"

ISLAMABAD – Prime Minister Shehbaz Sharif has felicitated the Pakistani nation and the Muslim Ummah on the ...

On Saturday, over 83,000 Pakistani pilgrims performed the “stoning of the devil” ritual at Jamarat after spending the night at Muzdalifah and were now beginning to change into regular clothes to celebrate Eid Al-Adha after a successful completion of Hajj.