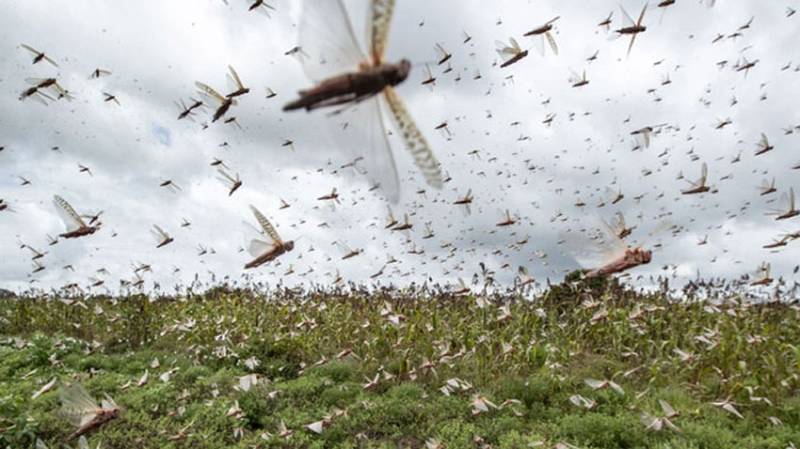 BEIJING – A leading Chinese company has expressed willingness to set up an industrial unit in Pakistan to manufacture drones that can be used to protect crops and control locust.

He said that China and Pakistan have very good relations and carried out extensive cooperation in the construction of the China-Pakistan Economic Corridor (CPEC) framework.

"In the face of this locust disaster, we hope to work with Pakistan. And relevant enterprises are connected to provide a full set of technical support from factory construction, production, assembly and after-sales to personnel training," Du added.

Emphasizing importance of cooperation in drone production line, Du Jixiang said that drones have very important and extensive uses in plant protection and in responding to various disasters and emergencies.

"We will not only support our iron brother in locust eradication, but also to help it build its own rapid disaster response capabilities, so that when it encounters various emergencies, it can produce, assemble and respond quickly," he added.

Regarding different systems of the drones, Huang Chaoyang, technical director of company said that flight control system and power system have always been the most important and core part.

"Our drone has achieved independent production of flight control and power systems, and has 100 percent technology patents. There are no problems in export and technology authorization," he added.

BEIJING - Agriculture in Pakistan still relies heavily on manpower, and my goal is to promote advanced agricultural ...

Huang said, "We will find other manufacturers to save costs such as pesticide barrels and some other parts. The rest are all produced independently. Like the production of such a drone, our own patents have reached 90 percent."

He said that flying on the ground is a very important ability of plant protection drones and added, "It requires that the drones can accurately sense the distance from the plant canopy during flight, so that the relative height of the entire operation process remains unchanged to ensure accurate and effective spraying of pesticides."