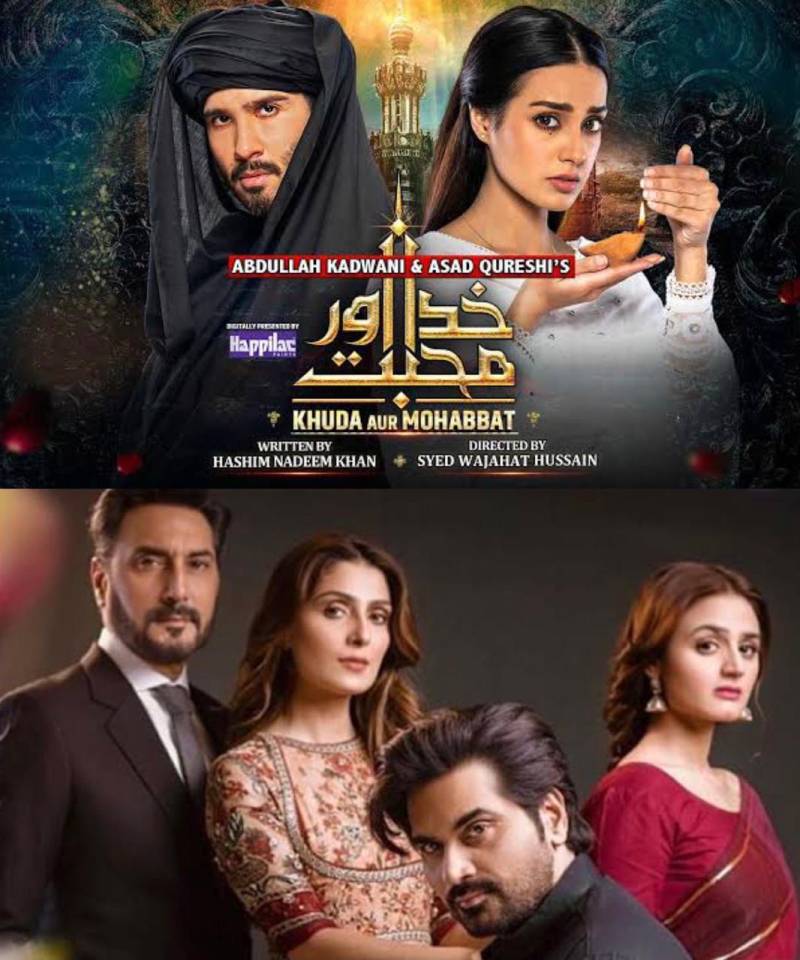 Khuda Aur Muhabbat has secured the top spot as it gets crowned as Pakistan's most-watched drama after beating the sensational Mere Paas Tum Ho.

Wooing the masses, Feroze Khan and Iqra Aziz starter is set against an ooze worthy grandeur background alongside the brilliant combination of spectacular direction and immaculate acting skills.

An unconventional take on love, passion and religion Khuda Aur Mohabbat 3 have wrecked a storm in the Pakistani audience. A benchmark of its own record, the first episode of the serial has crossed a whopping 28 million views on YouTube.

Taking to Instagram, Pakistan's heartthrob Feroze Khan shared a picture from the latest episode of Khuda Aur Mohabbat and wrote,

“... thank you for the love, Feedi”, followed by folded hands and heart emoticons.

Back in 2019, Mere Paas Tum Ho's first episode has a little over 26 million views on the video-sharing platform, ever since its release more than one year ago.

Penned by writer Hashim Nadeem, the third instalment of the famous franchise is indeed as magnificent as promised. A seamless blend of romanticism and mysticism, Khuda Aur Mohabbat 3 OST is crooned by Rahat Fateh Ali Khan.