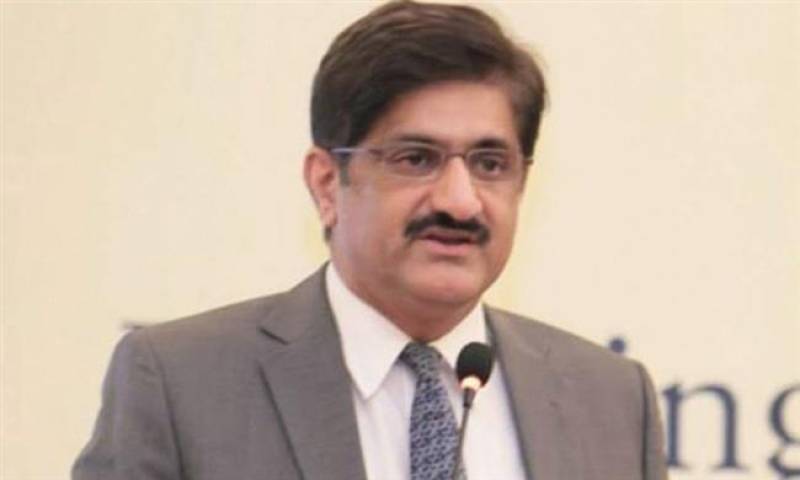 KARACHI - The Sindh Government is all set to unveil the provincial budget for the fiscal year 2018-19 with a three-month time frame.

Chief Minister Murad Ali Shah, who also holds the portfolio of finance minister, will present the budget with a total outlay of Rs11.20 billion during a special session of the provincial assembly.

Earlier, the government was set to present the budget on May 5 but it was rescheduled to May 10. The chief minister giving the reason for presenting the partial budget had said that the decision was taken as general elections were around the corner, adding that the new government would have an opportunity to bring changes in the budget as per its priorities.

In the budget, Rs282bn would be proposed to annual development programmes, whereas, an amount of Rs202 is likely to be allocated for ongoing development projects, local media reported.

The government is expected to propose an allocation of Rs105bn for law and order and Rs1.6bn for mobile healthcare unit project.

Similarly, a ten percent increase in salaries and pensions of provincial govt employees is likely to be proposed in the budget.

For Sindh’s capital of Karachi, Rs4.2b would be allocated for ongoing projects, Rs3billion for greater sewerage plan S-III, Rs 1.3bn for repairing of Jam Sadiq Burj-Dawood Churangi Road, while an amount of Rs1.3 billion would be proposed to mend the roads in Landhi and Korangi.

The Pakistan Peoples Party (PPP) had lashed out at the federal government for presenting the sixth budget for the entire year and announced to reject it.

On April 27, the ruling Pakistan Muslim League-Nawaz (PML-N) became the country’s first political party to announce six budgets in its tenure amid opposition protests calling for a budget covering only the remaining three months of the federal government's tenure.

https://en.dailypakistan.com.pk/headline/live-pml-ns-miftah-ismail-presents-budget-2018-19/Finance Minister Miftah Ismail unveiled the Budget 2018-19 with a total outlay of over Rs5.932 trillion, which has been approved by the federal cabinet.

While the opposition criticised the government for snatching the right of deciding a budget from the next government, Prime Minister Shahid Khaqan Abbasi said the successive government would  be free to make any changes.