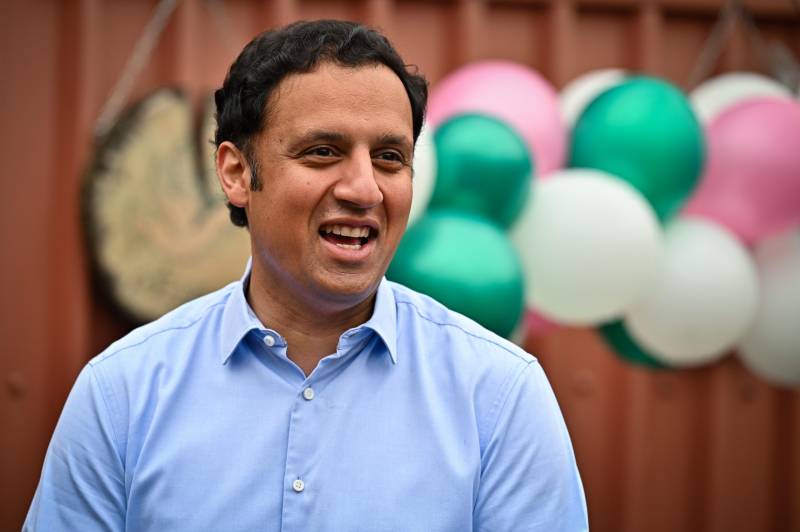 GLASGOW– The son of Punjab Governor Chaudhry Mohammad Sarwar has secured a second term as a member of the Scottish Parliament.

The labour party leader, who is the first Muslim and Pakistani to become the leader of Scottish Labour Party, clinched victory in recent polls. Anas vowed that he would fight the case of other Pakistanis and the people of Glasgow.

Thank you to the great people of Glasgow for returning me as an MSP.

I, & my fellow Glasgow Labour MSPs - @pauline4glasgow, @PaulJSweeney & @GlasgowPam will always stand up for our city.

Particularly proud that we made history with Pam. She is a credit to Labour & Scotland. pic.twitter.com/7xkXQ1XSKh

Punjab Governor Chaudhry Muhammad Sarwar also felicitated his son for getting elected as a member of the Scottish Parliament.

Taking it to Twitter, the PTI leader wrote ‘Congratulations to you and your colleagues for getting elected as a member of the Scottish Parliament (MSPs) by the people of Glasgow’.

Congratulations @AnasSarwar to you & your colleagues for getting elected as #MSPs by the people of #Glasgow.
I remain grateful to Glaswegians who gave me the honour to become the 1st #Muslim MP in #GreatBritain & 1st Minority MP in #Scotland. pic.twitter.com/lJ27Ga2EAe

He also expressed gratitude to Glasgow residents for making him win this polls. ‘I remain grateful to Glaswegians who gave me the honour to become the 1st Muslim MP in GreatBritain and first Minority MP in Scotland’.

Speaking with British media, the Scottish Labour leader said his party was on a journey back, despite losing seats in the Scottish election. The party took 22 seats which were two down on the 2016 Holyrood result.

It is the lowest total for Scottish Labour since devolution saw the creation of the Scottish Parliament 22 years ago. However, Mr Sarwar, who has only been in his leadership role for 10 weeks, said the party was making progress,” report of international media cited.