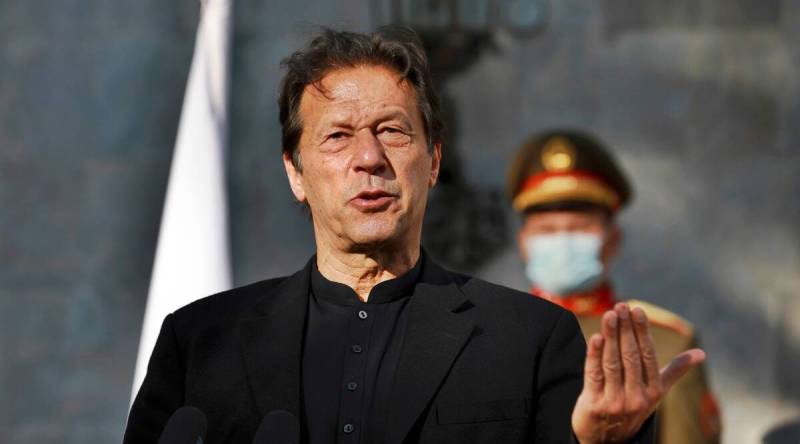 ISLAMABAD – Prime Minister Imran Khan Wednesday appeared before the Supreme Court and briefed on the progress made in the Army Public School (APS) attack case.

The crucial hearing started with the premier present in courtroom No 1 along with Sheikh Rashid Ahmed, Fawad Chaudhry, lawyers, security personnel, and families of APS attack victims.

During the hearing conducted by three judges, CJP Gulzar asked the premier about the steps taken in connection with the APS attack. Pakistan Tehreek-e-Insaf (PTI) was ruling Khyber Pakhtunkhwa (KP) and the provincial administration held an emergency meeting to discuss the incident, Khan told that at the time of the attack,

Khan, while speaking from the rostrum, said ‘there are no holy cows in Pakistan, and assured that he believes in rule of law. PM further said ‘give us the order, and we will take action'.

The court addressing the premier said the satisfaction of the bereaved parents is necessary and asked the Prime Minister to inform the court of the work being done by the incumbent government regarding the Peshawar massacre.

During the hearing, the issue of the government holding a peace truce with the outlawed TTP was also mentioned. There are reports that the current government is holding negotiations with the banned group said Justice Qazi Amin.

“Is it not the responsibility of the state to identify the culprits behind the APS tragedy and arrest them”, the court asked.

Meanwhile, the top court adjourned the hearing for four weeks, directing the government to submit a progress report within that time.

Earlier today, the prime minister appeared before the Supreme Court after being summoned by the apex court to attend a hearing of the Army Public School (APS) massacre case. A three-member bench led by CJP Gulzar Ahmed is hearing the case.

CJP Gulzar Ahmed said we cannot leave the children alone to die. He remarked that action should have been taken against those at the top but low-level personnel were punished while people at the top enjoyed benefits.

In the previous hearing, parents of the martyred children complained to the court that they had lost their children in the incident hence the top civil and military leadership of the country should be summoned and cases registered against them.

The grief-stricken parents also demanded Supreme Court to hold a transparent inquiry into the incident.

ISLAMABAD – Prime Minister Imran Khan reached Supreme Court after being summoned to explain his stance on the ...

Meanwhile, Interior Minister Sheikh Rasheed also rushed to the Supreme Court after PM arrived. Rasheed while speaking with media said that no game is being played as the game belongs to Imran Khan.

I arrived at the top court to accompany Imran Khan while he refused to comment on the hearing, saying that the Law Minister and Attorney General are the ones to speak on the matter.

Federal Information Minister Chaudhry Fawad Hussain said on Monday the government had reached an agreement with the ...