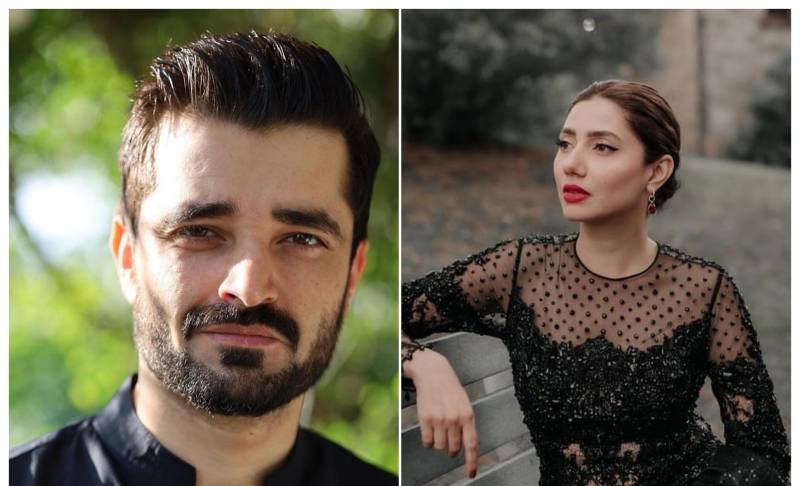 Pakistani cinema's most awaited The Legend of Maula Jatt directed by Bilal Lashari managed to gain millions of fan-following even before its official release, with its trailer garnering over 60 million views across social media platforms, including TikTok, YouTube, Instagram and Facebook.

The Legend Maula Jatt is said to be the most expensive movie in the Pakistani film industry with A-list actors like Hamza Ali Abbasi, Fawad Khan, Mahira Khan, Humaima Malick, Gohar Rasheed and many more.

Recently, the team gathered for the press event at Koel Cafe. However, the Humsafar star and the Alif star have been gaining attention because they were spotted hugging each other.

The netizens are reacting to the viral picture while taking a jibe at Hamza Ali Abbasi’s views regarding Islam. Haters also called him a ‘Disco Maulvi’. Have a look at the comments:

The Punjabi-language film is a remake of the 1979s classic Maula Jatt produced by Yunus Malik. Nasir Adeeb wrote the dialogues for The Legend of Maula Jatt whereas Lashari penned the screenplay. Originally, the film was planned to be released in 2019 but faced legal issues that were resolved later.

Two of the Pakistani showbiz industry's most successful and talented actors, Fawad Khan and Hamza Ali Abbasi, have ...