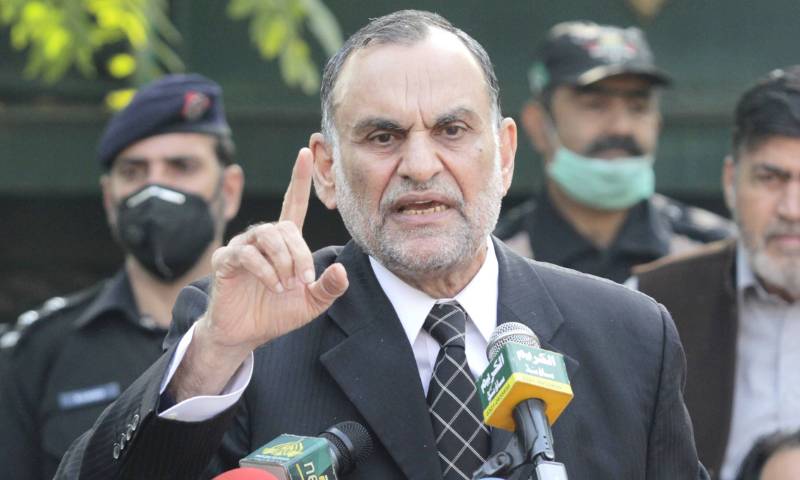 The debate on the usage of electronic voting machines for the next general elections turned hostile when a meeting of the Senate Standing Committee on Parliamentary Affairs was held under the chair of Senator Taj Haider.

The ECP officials walked out of the session after the allegations leveled by Swati.

Advisor to the Prime Minister on Parliamentary Affairs Dr Babar Awan said the government would not decide which machine would be used for voting. “This will be decided by the election commission,” he said. “The Ministry of Parliamentary Affairs wrote a letter to the ECP, asking whether it needed a budget.”

Awan said the ministry had written to the ECP, asking whether it needed a budget, security or storage to hold the elections. “The ECP did not respond to the letter,” he lamented.

The Opposition senators said that Swati cannot accuse a constitutional body of taking bribes, and asked the senator to provide proof to back his claim.

Swati then added that such institutions conduct all elections through rigging and should be burned down. At this, the ECP officials walked out in protest.

After the meeting was disrupted, Senator Farooq H Naek lashed out at Swati, saying that the ECP should be removed from the Constitution and the government should conduct the elections itself.

“Whenever the ECP tries to become independent, they [government] start to have a problem with it,” added Senator Azam Nazeer Tarar.

The committee’s chairperson sent Senator Kamran Murtaza to convince the ECP officials to return to the meeting.

However, State Minister for Parliamentary Affairs Ali Muhammad Khan said the ECP officials were deeply upset and would not return to the meeting.

“Azam Swati should tell us who paid bribes to the ECP?” he asked. “Was it the PPP or the PML-N?”

A defiant Swati stuck to his guns, saying that he had said nothing wrong.