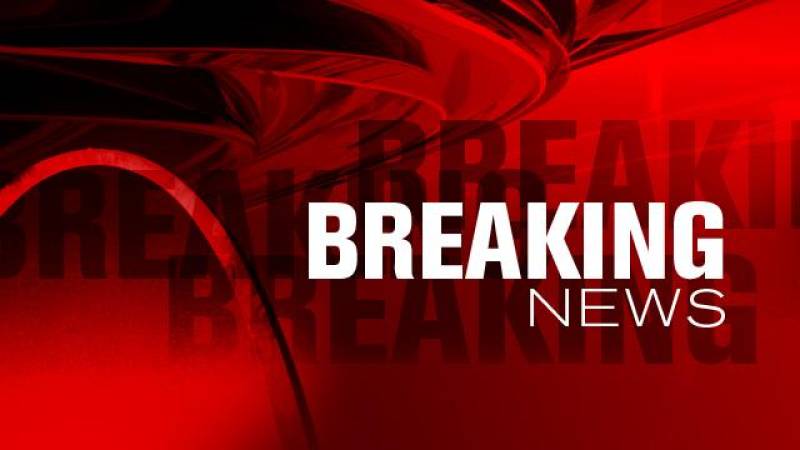 LAHORE (Staff Report) - A man was killed while 12 other persons sustained severe burns when a fire broke out in Ichra stop shopping plaza here on Tuesday, Rescue and police said. 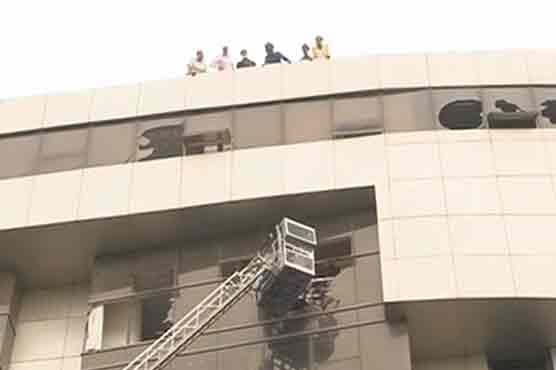 Police said, the dead and wounded people were shifted to Services Hospital.

According to rescue 1122 and fire officials, an intense blaze broke out in Gold Mines commercial plaza due to electrical short circuit, the blaze engulfed two floors of the 11-storey building, trapping nearly 50 people inside.

Rescue and eyewitness said, a man lost his life when he jumped off the building to escape the inferno.

The victim could not be identified.

UPDATES: According to latest reports, rescue workers were still trying to evacuate people trapped in the building as firefighters said they were able to bring the fire under control.

Several people have lost consciousness due to the smoke and flames, said rescue officials, adding that several people were still trapped inside the building.