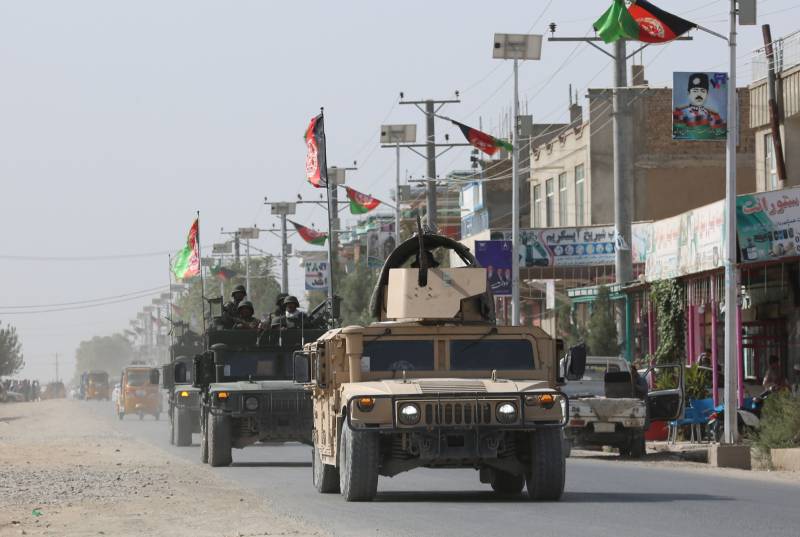 Reports in international media quoting officials cited that the Taliban took over Badakhshan's Faizabad city around midnight after more than a week of fighting. The captured nine provincial capitals in Afghanistan since Friday include Faizabad, Farah, Pul-e-Khumri, Sar-e-Pul, Sheberghan, Aybak, Kunduz, Taluqan, and Zaranj.

The #Taliban has captured nine provincial capitals in #Afghanistan in several days https://t.co/esZ1uqe9XJ via @AJEnglish pic.twitter.com/wySsasl5iH

Top officials and security forces stationed in the captured city have been able to retreat to the Warsaj district where security forces from Taluqan had retreated three days ago. Meanwhile, the families of all government forces have either escaped or are hiding following the collapse of the ninth provincial capital.

With the collapse of Faizabad, a city with an estimated population of over 78,000, the insurgents have already gained vast parts of rural Afghanistan since launching a series of offensives with the start of the final withdrawal of NATO troops.

In another major development, the Afghan army chief, General Wali Mohammad Ahmadzai has been removed and the post of the top military commander is taken by General Haibatullah Alizai.

BREAKING - General Wali Mohammad Ahmadzai, the army chief of staff, has been removed from his post and replaced by General Haibatullah Alizai, sources confirmed. #ArianaNews pic.twitter.com/LQsab7mDkh

Furthermore, Afghan sources in Kunduz confirm that the Taliban have taken the control of the provincial airport and that members of the Afghan National Security Forces have surrendered to the group. Earlier, Taliban fighters have seized Afghanistan’s borders with Tajikistan and Uzbekistan.

Taliban fighters seized the sixth Afghan provincial capital on Monday after a weekend offensive in the north. The ...