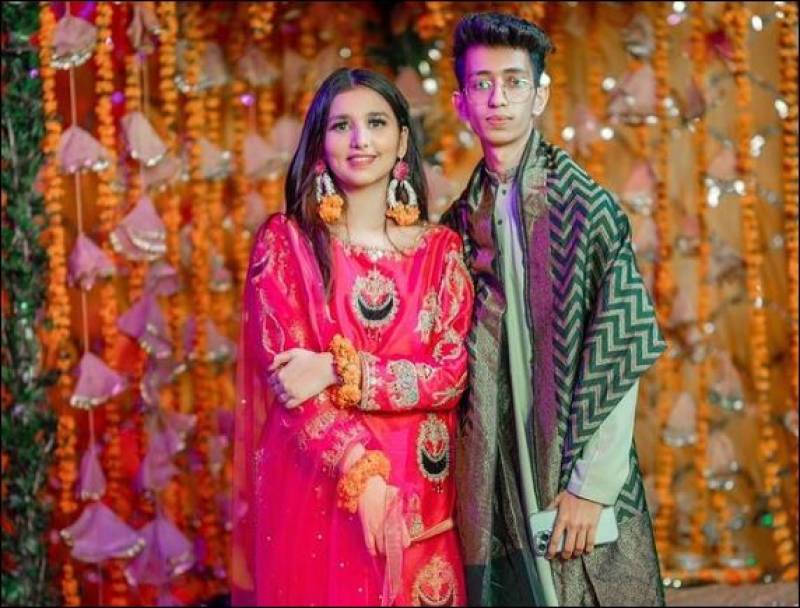 LAHORE – Nimra and Asad, a young couple from Lahore, gained unprecedented fame in 2020 after their marriage photos took the internet by storm.

Soon after their marriage, they become the talk of the town, especially due to the extremely young looks of the groom. The public praised their decision of tying the knot at a young age instead of engaging in any other relationship.

Their marriage was also hailed in the society where men strived to get stable financially before marrying someone.

The viral couple has been keeping their fans updated about their post-marriage life on their YouTube channels and a few months back, they announced their pregnancy.

On Wednesday, Nimra Asad shared a vlog on their YouTube channel and informed the fans that they have been blessed with their first child, a baby boy.

In the video, Asad shared the moments from the hospital and later his father can be seen holding the baby and giving Azaan in his ears.