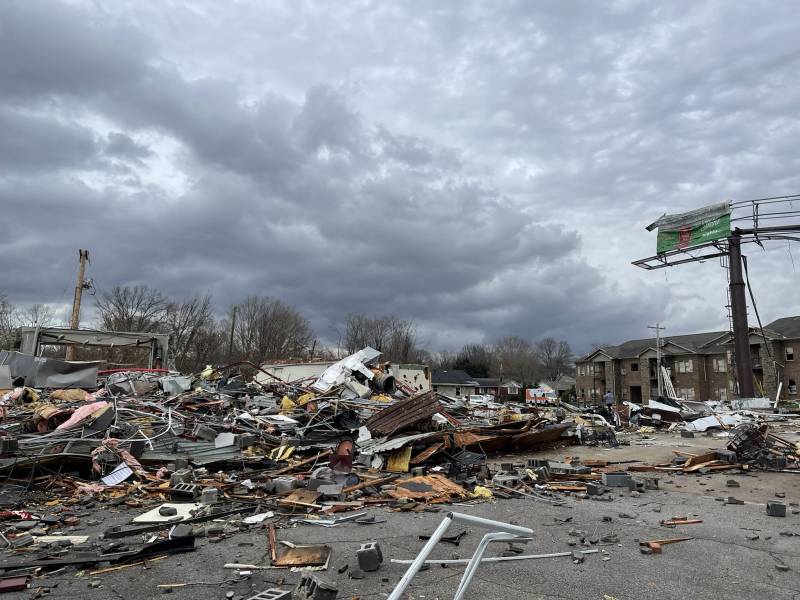 FRANKFORT – At least 70 were killed after a devastating tornado system hit parts of the central and southern US late Friday and early Saturday.

The causalities have been reported in Kentucky state, with Governor Andy Beshear stating in a news conference that the death toll “may, in fact, exceed 100 before the day is done”.

“This has been the most devastating tornado event in our state’s history … The level of devastation is unlike anything I have ever seen,” he said.

Deanne Criswell, the Federal Emergency Management Agency administrator, said that President Joe Biden has directed that Federal resources be surged immediately to the locations where there is the greatest need to alleviate suffering from the devastating consequences of these storms". "Because damage assessments are ongoing, further briefings will be provided to the President in the course of the day," the statement added.

More than 30 tornadoes have been reported in at least six states. A stretch of more than 200 miles from Arkansas to Kentucky might have been hit by one violent, long-track twister, CNN meteorologists say.

Tornadoes flattened an occupied candle factory in Kentucky, an Amazon warehouse in western Illinois, and a nursing home in Arkansas, killing people at each site.