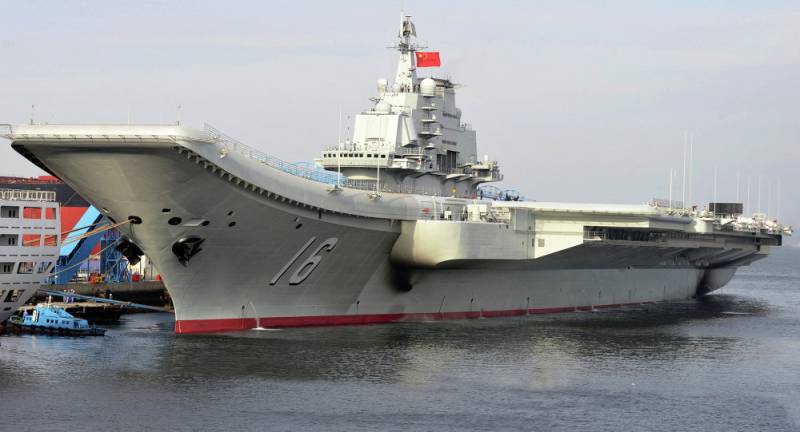 ISLAMABAD - Deputy Chief of Mission at the Chinese Embassy has clarified the rumors regarding the sale of a Chinese aircraft carrier to Pakistan.

Lijian Zhao took to Twitter on Monday and clarified that there was no truth to the sale of warship by Beijing as reported by a section of media in Pakistan.

An aircraft carrier is a warship that serves as a seagoing airbase, equipped with a full-length flight deck and facilities for carrying, arming, deploying, and recovering aircraft and USA boasts having the maximum numbers of it.

Earlier it was reported that China would sale its 'Liaoning' to Pakistan at a price undisclosed, however, the Chinese official has clarified that it was just a rumour.

The 'sale' of aircraft carrier to Pakistan had shocked New Delhi which finds China as it main rival in Asia.