Coronavirus spreading outside China could spark ‘bigger fire’: WHO 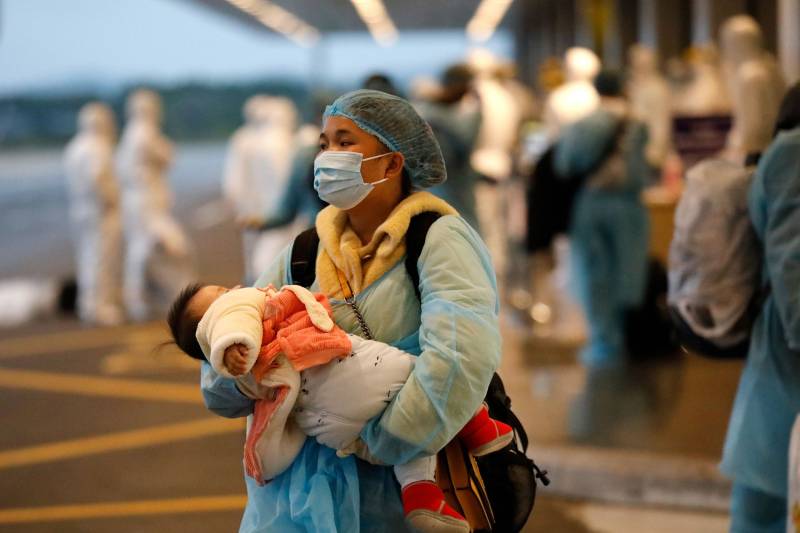 UNITED NATIONS – The head of the World Health Organization has said spread of coronavirus cases outside China could be “the spark that becomes a bigger fire” and that governments must continue to treat containment of the disease as a priority.

“Our objective remains containment,” WHO Director-General Tedros Adhanom Ghebreyesus told a press conference in Geneva on Monday. “We call on all countries to use the window of opportunity we have to prevent a bigger fire.”

Most cases of the disease outside China have been people who had just spent time there or others who came into contact with them.

But in some countries the virus has continued to spread, leading to local outbreaks, which is what most worries WHO.

“The detection of this small number of cases could be the spark that becomes a bigger fire, but for now it’s only a spark,” Tedros aid at the press conference.

The WHO is sending shipments of supplies like medical masks and gloves, as well as tests for the coronavirus, to countries around the world in an attempt to better arm officials against the viral outbreak.

BEIJING - The death toll on Tuesday rose to over 1018 due to Coronavirus epidemic in different provinces of ...

As of Tuesday, the death toll rose to over 1018 due to Coronavirus epidemic in different provinces of China. Reports say the number of patients contracted with the fatal disease has climbed to 42,649, causing a fear around the globe.

Around 2500 new cases of coronavirus have been reported in China in last 24 hours.

Outside the country there have been 319 cases in 24 countries and one death, with reported infections in France and the United Kingdom in the past two days.

The overall pattern of infections had not changed, Tedros told reporters.

Ninety-nine per cent of all cases were in China and most sufferers displayed mild symptoms, while two per cent were fatal, he explained.

BEIJING – China on Monday confirmed that two foreigners – a US citizen and a Japanese national diagnosed ...

At his side, Dr Sylvie Briand, WHO’s Director of Pandemic and Epidemic Diseases, noted that 80 per cent of cases displayed mild symptoms, 15 per cent were severe – developing into pneumonia – and three to five per cent required intensive care.

“This is of course too many,” the WHO chief said of the fatalities, noting that many questions still needed answering, such as where the outbreak was growing and where it was getting better – or worse.

As part of measures to coordinate an international response to the epidemic, on Sunday, Tedros confirmed that WHO had sent an advance team of international epidemiology experts to Beijing, to assist the authorities with the outbreak.

Leading them is Dr Bruce Aylward, a WHO veteran outbreak expert, who recently coordinated the agency’s response to the Ebola epidemic in West Africa.

His job will be to “lay the groundwork” for a larger international team of experts which is expected to follow to China, Tedros said.

WHO’s other measures have included equipping laboratories in some 14 countries with kits to “fast diagnose” infections, including to Cote d’Ivoire, Kenya, Tunisia and Zambia.

This was essential to being able to identify coronavirus infections which can resemble other respiratory bugs, the WHO chief said.

To date, WHO has identified 168 labs around as having the right technology to identify the coronavirus.

On concerns that the incubation period for the coronavirus could easily be as long as 24 days, Dr Michael Ryan, WHO’s Health Emergencies Programme chief, said that the agency was not considering changing the current 14-day quarantine requirement period.

In an update, the UN health agency also reported that all crew and passengers on board a cruise ship harboured in Yokohama, Japan, were being quarantined for a 14-day period on board.

Their quarantine period will come to an end on 19 February, but will be extended for any close contacts of newly confirmed cases, WHO said.