So far, the confirmed novel coronavirus cases on the Chinese mainland have reached 40,171 while a total of 908 people have died of the deadly disease, according to China’s National Health Commission. 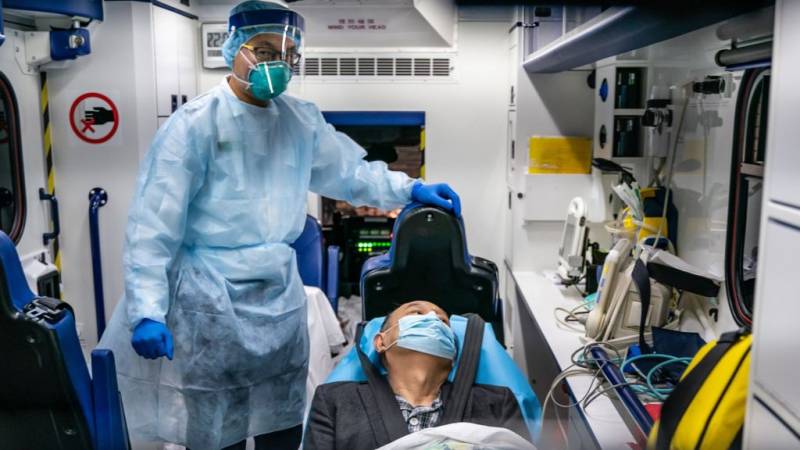 BEIJING – China on Monday confirmed that two foreigners – a US citizen and a Japanese national diagnosed with new coronavirus pneumonia passed away in Wuhan, Hubei province, the epicentre of the epidemic which spread across China.

“As of 8.00, February 10, altogether 27 foreign citizens in China have been diagnosed with the coronavirus pneumonia. Among them, there are three recovered and discharged cases, two deaths – one American and one Japanese – and 22 cases under treatment in isolation,” Chinese Foreign Ministry’s Spokesperson Geng Shuang said during his regular online briefing held in Beijing.

Giving details, he said, a Chinese American passed away in Wuhan, Hubei at on February 6. While medical workers were doing the best to treat him in hospital, the Chinese side has also been in contact with his family in China.

“We offer the deepest condolences over his passing.”

He informed that the Chinese side had notified the US through diplomatic channels and would offer necessary assistance to the US side and his family.

About the Japanese national, he said, he was passed away in Wuhan, Hubei on the early morning of February 8. The Chinese side had also been in contact with the family in China.

While offering his deepest condolences over the Japanese national’s passing, he said that the Chinese side had notified Japan through diplomatic channels and would offer necessary assistance to the Japanese side and the bereaved families.

Responding to a question, he said that China attached great importance to the health and safety of all foreign nationals in Wuhan, Hubei province.

“We have taken effective measures to timely respond to their reasonable concerns and requests.”

He pointed out that Director General of World Health Organization (WHO) Tedros also stressed many times that flying out in a rush is not recommended, the best way being stay put and enhancing self-protection. “We hope that WHO’s professional recommendations will be respected.”

Geng Shuang said that for those countries that wished to take home their nationals, China would make relevant arrangements and offer necessary assistance consistent with international practices and China’s domestic epidemic control measures.

He said that China’s all-out efforts were continuing with increasing effects.

“Cured cases have far outstripped fatal ones and the increase in suspected cases has moderated.With the strength of our system, the firm conviction of the entire nation, past experience in dealing with SARS, and the understanding and support from the international community, China has the confidence and capability to win the fight against the epidemic and jointly uphold regional and global public health security with the international community.”

So far, the confirmed novel coronavirus cases on the Chinese mainland have reached 40,171 while a total of 908 people have died of the deadly disease, according to China’s National Health Commission.

The prevailing pneumonia outbreak was first reported in the city of Wuhan, central China’s Hubei Province in December. Experts have attributed the outbreak to a novel coronavirus that has since spread across China and abroad.