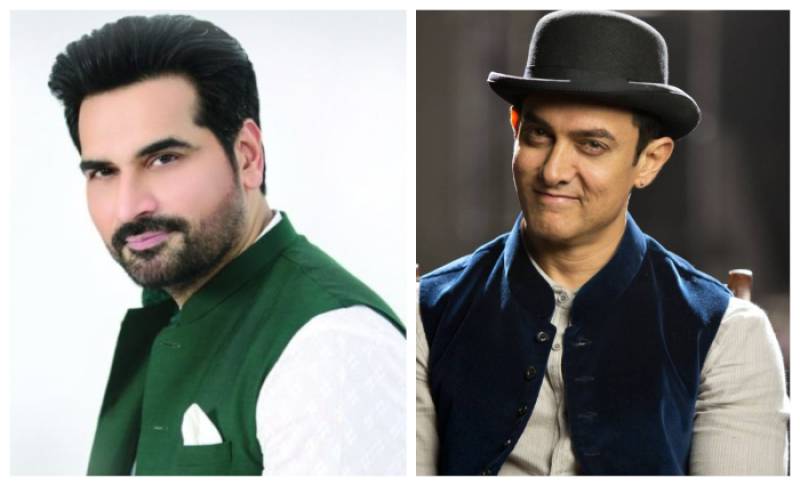 Humayun Saeed is a versatile actor who is one of the highest-paid actors of Pakistan. A producer and co-founder of one of the biggest production houses named “Six Sigma Entertainment Plus”, The king of celluloid in Pakistan received Pride of Performance award in 14th August 2020.

The 49-year-old superstar candidly spoke about his visit to India and revealed that Indian hero Aamir Khan hosted him at his home in Mumbai.

Saeed was invited to Vasay Chaudhry show, Ghabrana Mana Hai where he visited Khan in India for a role in Ghajini.

“I met Aamir at his house in Bombay [Mumbai]. He called me there, I was there for a role in Ghajini.”, revealed Humayun.

Revealing the reason about why he didn't get the role, The Meray Paas Tum Ho star revealed Aamir said he was too good looking, "You [Humayun] are much too good-looking for this character.”

During the conversation, Humayun also shared that he was on friendly terms with the late Bollywood icon Rishi Kapoor and even wished to cast him in Jawani Phir Nahi Ani 2.

Furthermore, the Dillagi star shared that he enquired about Rishi’s health just a few days before he passed away on April 30, 2020.

When asked whose company he enjoyed more – Shah Rukh or Aamir’s – Humayun said: “Both actually. But I spent more time with Aamir. We sat the whole night [at his house] and talked. But Shah Rukh was also very sweet,” he added.

On the work front, Humayun Saeed is all set to reunite with writer Khalil-ur-Rehman Qamar as he’ll be seen opposite Maya Ali in drama serial Main Manto Nahi Hoon which will be produced under Humayun’s production house.