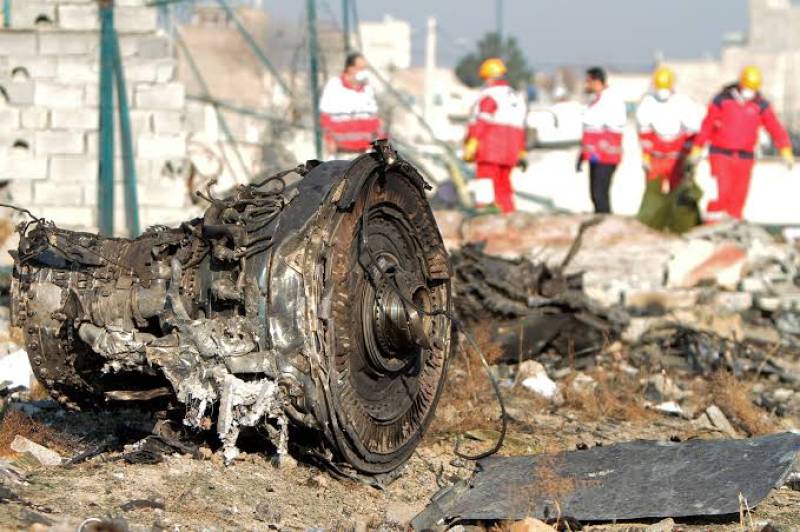 TEHRAN – While blaming the "highest level of readiness" resulting from tensions with the United States (US), Iran has admitted that it "unintentionally" shot down the Ukrainian plane.

According to media reports, in a statement on Saturday morning, Iran's General Staff of the Armed Forces blamed "human error" for the incident and said that the plane had flown close to a "sensitive military site" of the Revolutionary Guards.

The authorities in Tehran acknowledged that the country's air defence system "mistakenly" shot the plane down, and offered condolences to the families of the victims.

Earlier, Canada and the US had said that intelligence data revealed that the jet that crashed outside of Tehran was shot down by a surface-to-air missile.

Iran had denied for several days that a missile downed the aircraft. Tehran had said, citing preliminary data, that the reason behind the incident was a technical malfunction, while US President Donald Trump has expressed his doubts about that being the case.

Earlier, a video published on the internet by the New York Times, which said it had verified the images as authentic, that purportedly shows a Ukrainian passenger jet being hit near Tehran's international airport and then exploding as it hit the ground was.

The edited video, released on Thursday, begins with scores of fireballs hitting the ground against the backdrop of a darkened sky before showing a rocket plume streaking across the sky. An apparent collision comes next, quickly by a ground-level explosion that sent a red flash on the horizon.

The accident took place minutes after Iran's massive missile attack on US bases in Iraq in response to the killing of the Quds Force commander, Qasem Soleimani.

On Wednesday, the Boeing 737-800 plane, flying to Kiev, crashed near Tehran's Imam Khomeini International Airport shortly after takeoff, killing all 176 people on board, including 82 Iranians, 63 Canadians, 11 Ukrainians, 10 Swedes, four Afghans, three Germans and three Britons on board.