Its time to see things through Google's Dream Robot!

In recent days, we’ve seen Google’s dream robot re-imagining everything from internet memes to Hunter S Thompson’s acid trips. But exactly how the artificial neural network creates these trippy images is hard to grasp...until you watch it all happening in real time.

Johan Nordberg, an artist-developer with a penchant for visual fun, created a video that takes you on “a journey through all the layers of an artificial neural network.”

Starting with random noise, each frame of the video is run through Google’s Deep Dream which recognises and enhances details like edges or shapes. Nordberg further explains:

“Each frame is recursively fed back to the network starting with a frame of random noise. Every 100 frames (4 seconds) the next layer is targeted until the lowest layer is reached."

For five minutes, you can watch a bunch of static turn into the trippy dog-fish creatures that have now become emblematic of Deep Dream’s electric fantasies. You’ll also hopefully gain a better understanding of how this futuristic technology works.

And if you want to do a cool trick, pause the video and watch your own brain flip out. Even when it’s not moving, the image is always moving.

The “Deep Dream” system essentially feeds an image through a layer of artificial neurons, asking an AI to enhance and build on certain features, such as edges. 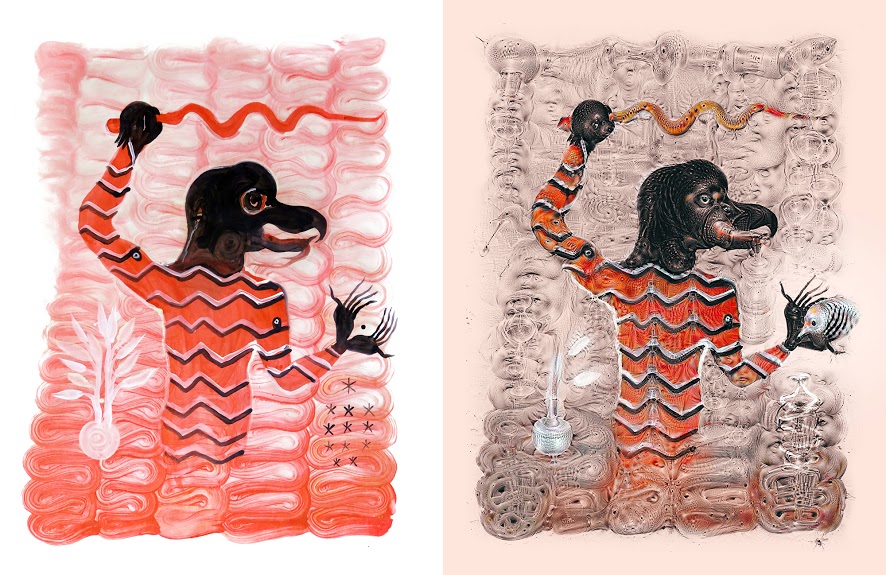 Over time, pictures can become so distorted that they morph into something entirely different, or just a bunch of colorful, random noise. 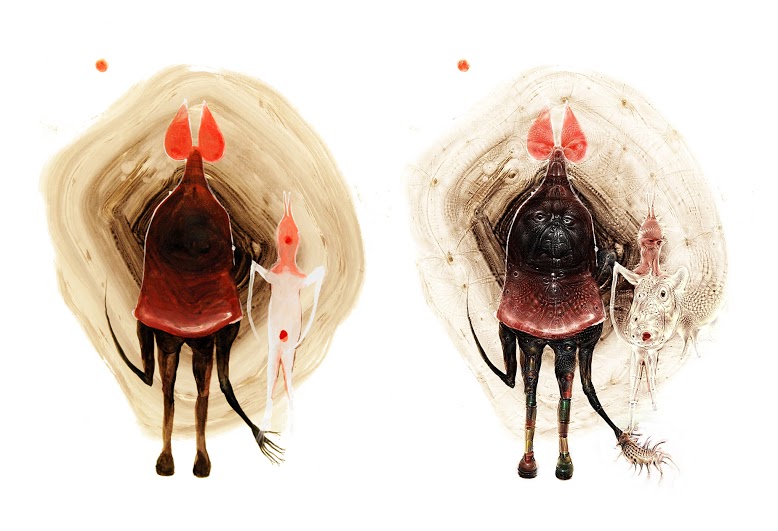 Now that the code for the system is publicly available, anyone can upload a photo of their baby and watch it metamorphose into a surrealist cockroach, or whatever. 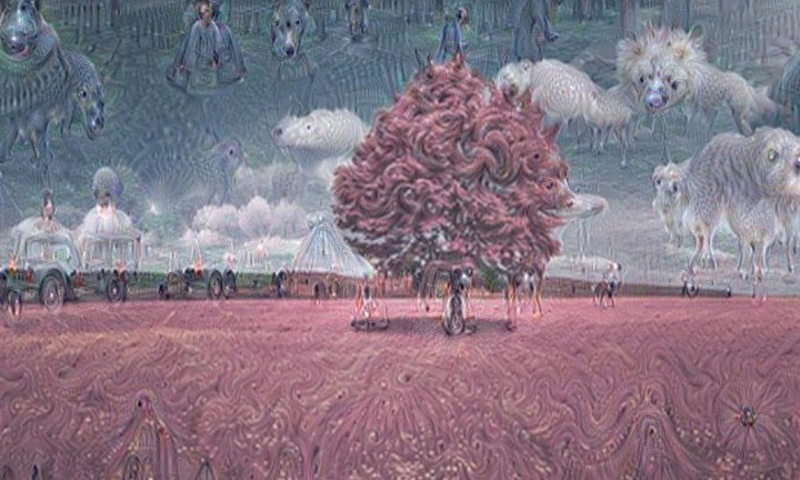 If you need some inspiration, or an excuse to crawl back into bed, pull the covers over your face, and wait for the world to end, just check out the hashtag ‘DeepDream’ on your social media platform of choice.

Here are some highlights:

this is when #deepdream starts to creep me out a bit. a strange creature appears where my friends' son is looking at pic.twitter.com/uO06GkU4U4

This 9/11 pic is definetely the best #DeepDream pic.twitter.com/YWkCY4ahRv

Before #deepdream 'it' was a sheep. pic.twitter.com/8s5nhVXQid

You can find plenty more Google dreams over on Facebook, Twitter, Instagram and Google + on the hashtag ‘DeepDream,’ or if you’re feeling particularly brave, you can create your own.