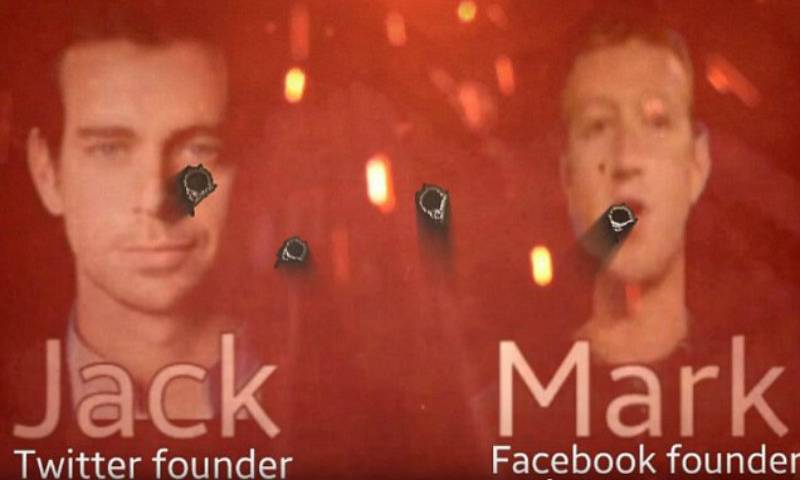 LONON (Web Desk) - The terrorist group ISIS or Daesh has made life threats to Facebook founder Mark Zuckerberg and Twitter CEO Jack Dorsey for the social media websites' attempts to block terrorist content from their platforms.

In the 25-minute video which shows their photos riddled with digitally added bullet holes, the ISIS claim they are fighting back against efforts by the social media giants to wipe their platforms of accounts promoting terrorism.

The video includes a direct threat to the tech entrepreneurs, branding them allies of the American "Crusader government".

Pictures of Mr Zuckerberg and Mr Dorsey can be seen being blasted with a hail of bullets in the amateur footage which emerged.

The video, titled "Flames of the Supporters" and released by a group calling themselves "the sons of the Caliphate army", ends with a direct threat to the two men, British media reported. 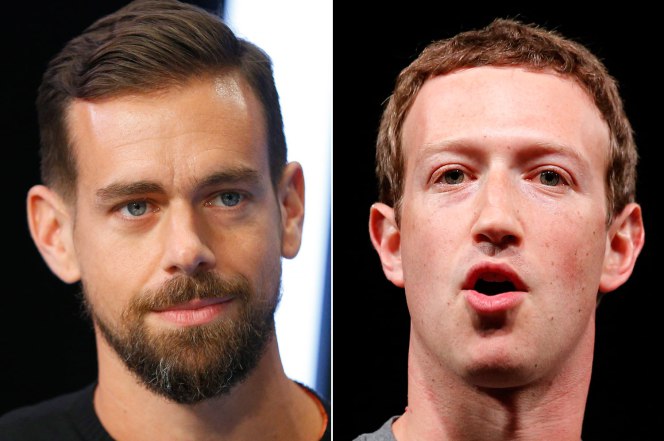 A slide toward the end of the video reads, in English: "To Mark and Jack, founders of Twitter and Facebook and to their Crusader government. You announce daily that you suspended many of our accounts and to you we say: is that all you can do? You are not in our league. If you close one account we will take 10 in return and soon your names will be erased after we delete you (sic) sites, #Sons_Caliphate_Army".

Two scholars who track ISIS activity online confirmed that the video was posted to multiple ISIS forums, including some on the social media platform.

A Twitter spokesman reiterated the company's policy and progress on suspending accounts that promote terrorism or any violent threat.