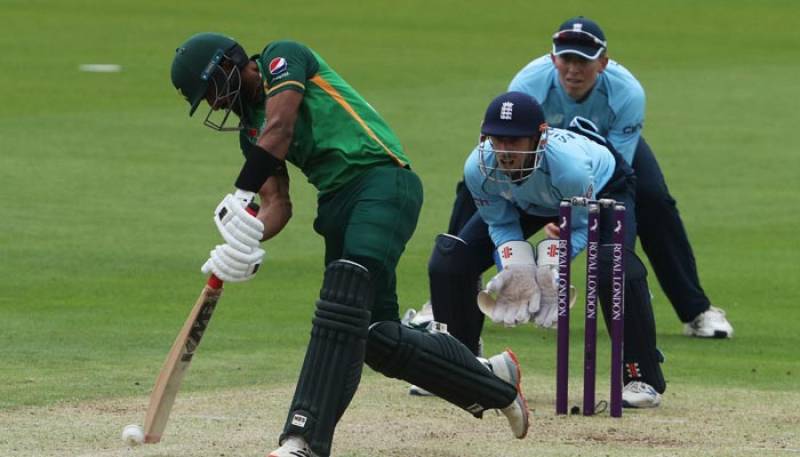 LONDON – Pakistani fans reacted angrily after England thrashed Pakistan by 52 runs in the second one-day international at Lord's on Saturday to secure a 2-0 lead in the three-match series.

This was after nearly two years that the Lord’s hosted a full capacity crowd of around 30,000 cricket fans. Nearly 10,000 Pakistani fans had arrived from across London and other cities of the UK to attend the match but the fans were disappointed as they saw their side losing to England’s makeshift B team without putting up a fight.

Speaking to the Daily Pakistan at the Lord’s the fans expressed their disappointment and said that Pakistani cricket team had brought shame to them by losing the second match in a row.

“Pakistan has lost the one day series against England. There is one match to go but the series is lost. We are heart broken and ashamed,” said Ethesham Ali who has travelled from East London to the stadium.

Mehboob Hussain said he spent £500 on tickets with his family to support Pakistan but it felt that his money was wasted.

Zara Hussain said: “The way England B toyed with Pakistan is nothing but embarrassing. We just don’t know what to do with this team.”

Zahid Hussain criticized Pakistan Cricket Board (PCB) for letting down Pakistani fans and the nation. He said that it was due to the failure of PCB that Pakistan A team lacked confidence and resolve.

LONDON – The strong bowling lineup helped England go 2-0 up in the three-ODI series against Pakistan with a 52 ...

As Pakistan lost match, angry fans left the stadium in disgust and shouted slogans against the cricketers. They said that Pakistani players do everything to break their hearts. They said that PM Imran Khan had promised that he will change the game of cricket but it has become worse under him.

Pakistan, set 248 to win in a match reduced by rain to 47 overs per side, were dismissed for 195 with six overs left after Saud Shakeel had made 56, his maiden ODI fifty.

Lewis Gregory took 3-44 after the Somerset all-rounder made a valuable 40 in England´s 247.

Phil Salt top-scored for the home side with 60 -- his maiden ODI fifty and James Vince made 56, with Hasan Ali taking 5-51 in what was the first ODI at Lord´s since England´s dramatic 2019 World Cup final win over New Zealand.

This series concludes with a day/night match at Edgbaston on Tuesday.