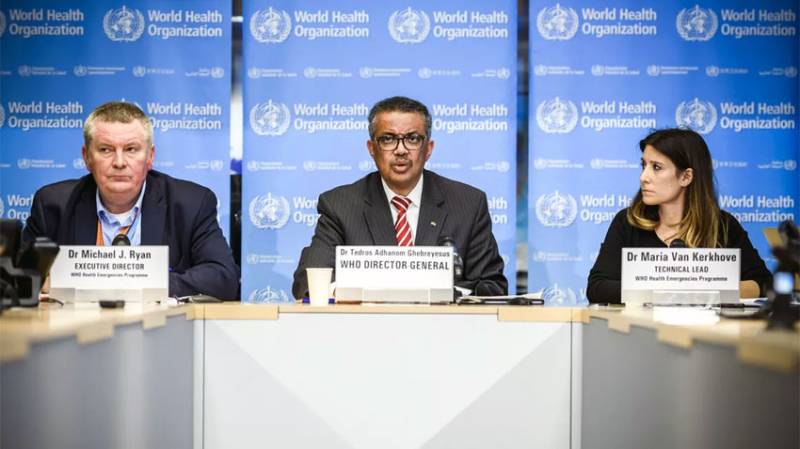 GENEVA – The COVID-19 viral disease that has swept into at least 114 countries and killed more than 4,000 people is now officially a pandemic, the World Health Organization announced Wednesday.

"This is the first pandemic caused by coronavirus," Ghebreyesus declared at the briefing. He added the number of cases outside China has increased 13-fold over the past two weeks.

We cannot say this loudly enough, or clearly enough, or often enough: all countries can still change the course of this pandemic"-@DrTedros #coronavirus

Rather, the gravity of using the "pandemic" characterization, which is defined as a worldwide epidemic, is intended to spur more decisive action from nations which have been balking at taking the coronavirus outbreak seriously, Ghebreyesus said.

The WHO chief also urged all nations to "activate and scale up" emergency response mechanisms, communicate about the risks and protections and find, isolate, test and treat every case.

ISLAMABAD – The number of coronavirus cases in Pakistan rose to 20 on Wednesday after a boy was tested positive ...

Eight countries — including the US — are now each reporting more than 1,000 cases of COVID-19.

In China, Beijing reported only 24 new cases and 22 new deaths, all in the original hotspot of Hubei province.

British cases climbed by 83, including six deaths. Neatly 27,500 people have been tested.

German Chancellor Angela Merkel warned that up to 70 percent of her country's population could be infected over time if the spread is not stopped. According to the Robert Koch Institute, 1,296 Germans were infected as of Wednesday, with three confirmed deaths.

KARACHI – The Head of Edhi Foundation, Faisal Edhi on Tuesday handed over donations totaling to US$200,000 to ...

Shortness of breath occurred in nearly 20% of cases, and about 13% had a sore throat or headache, the WHO said.